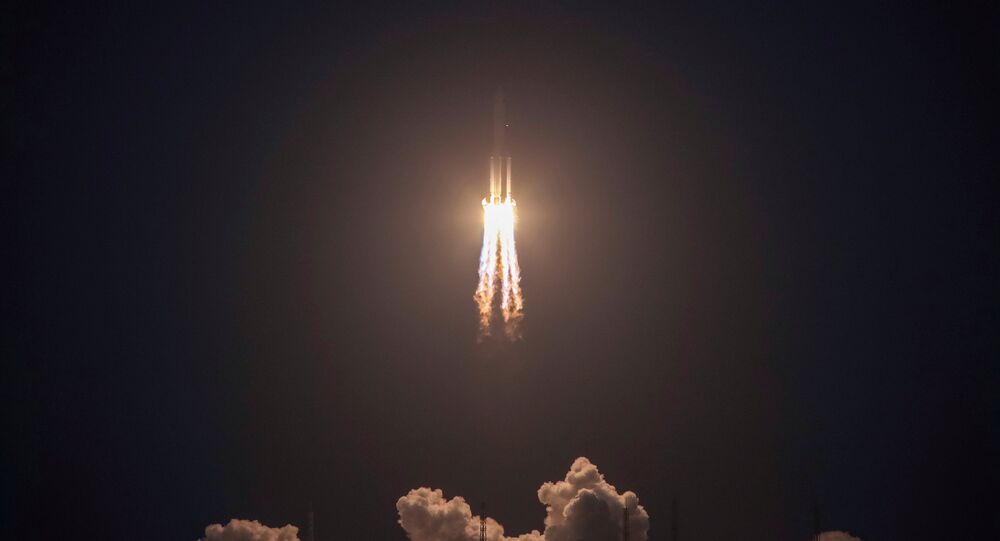 MOSCOW (Sputnik) - A Chinese delegation has proposed to Russia's Roscosmos state space corporation to discuss a possibility of the creation of a joint global satellite communications system, which could become an analogue of UK's OneWeb satellite constellation or Starlink, a source from Russian space industry told Sputnik.

"During the bilateral meeting on July 4, the Chinese delegation, which arrived in Moscow to get acquainted with the new leadership of Roscosmos, presented, among other things, its plans to create a multi-level satellite communications system. During the meeting, a proposal was announced about Russia's participation in the project," the source said.

© Sputnik / Ramil Sitdikov
Russia's Space Agency Roskosmos Begins to Design Super-Heavy Carrier Rocket
According to the source, China is considering a possibility of creating a national satellite communications system of about 1,000 spacecraft located in low, medium and geostationary orbit, which will be a response to the OneWeb system, which will have about 900 spacecraft in low orbit.

"The Chinese delegation proposed to create a Russian-Chinese system with the obligation for each party to create half of the orbital satellite constellation and take 50 percent of costs," the source said adding that the Russian side provided no response to this proposal.

Roscosmos has not provided any comments on this issue so far.

OneWeb is a UK space project, which is expected to provide global Internet broadband service to individual consumers as early as 2019 as it's satellites will cover the entire Earth surface. The list of project's investors includes such companies as Airbus Group, Bharti Enterprises, Hughes Network Systems and others.