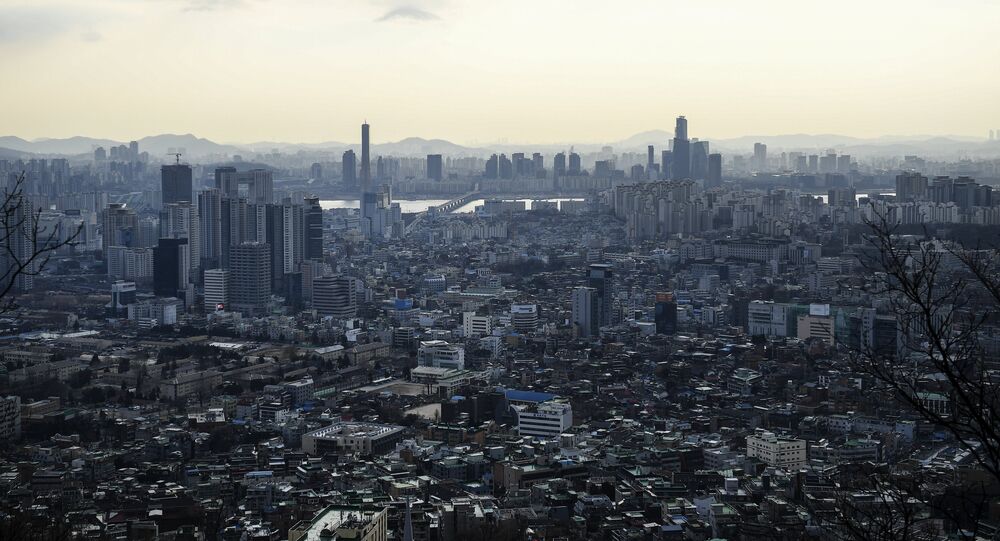 Since 2004, it has been required for phones to make loud shutter sounds when taking pictures and videos in order to prevent this kind of incident. At the moment, the punishment for creating sexual content without consent is a prison term of up to five years or a fine of up to 10 million won ($8,900).

According to the police, up to 18,000 took part in the demonstrations on Saturday, urging stronger investigations and punishments for offenders who secretly film or photograph women and post the sensitive material online.

Addressing the issue, South Korean President Moon Jae-in on Tuesday ordered to work out tougher punishments for crimes involving hidden-cameras and also to ensure that the perpetrators' actions would immediately be notified to employers.

"We must make sure that the offenders suffer greater damage than the damage they inflict," Moon said in a Cabinet meeting.

The demonstration followed mass protests against hidden-camera images last May and June.