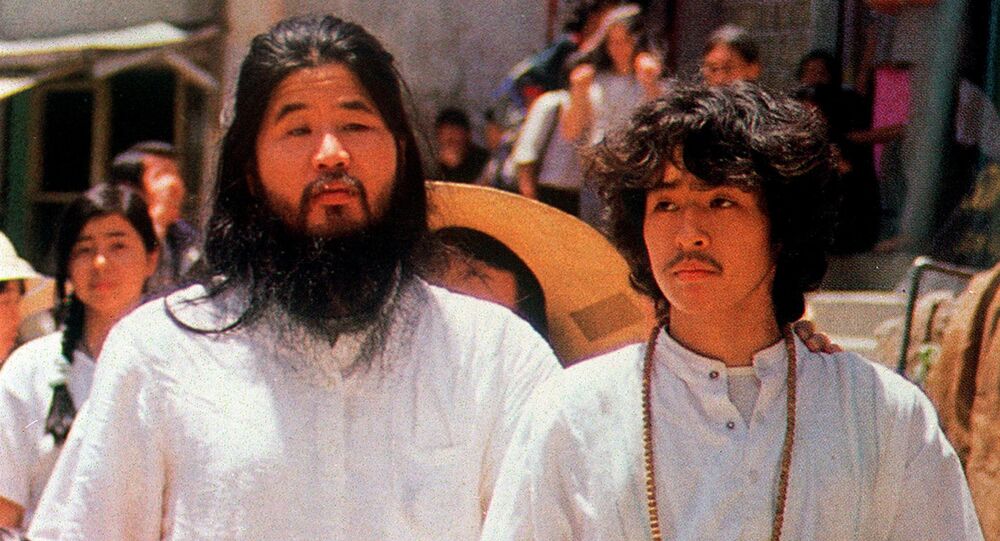 Chizuo Matsumoto, the former leader of the Japanese doomsday cult Aum Shinrikyo, was executed on Friday, NHK reported. Matsumoto, also known under the alias Shoko Asahara, is reportedly the first of 13 individuals scheduled to be executed for their roles in orchestrating the 1995 sarin gas attack on a Tokyo subway.

In 1995, several members of the Aum Shinrikyo cult released deadly sarin gas in the Tokyo subway, killing 13 people and injuring more than 6,000. Aum Shinrikyo, a Japanese doomsday religious movement, founded in 1987, is recognized as a terrorist group by a number of states, including Russia, EU countries, the United States, Canada and Kazakhstan.

According to Reuters, more than 20 years of trials involving Aum Shinrikyo leaders, including Shoko Asahara came to an end in January 2018, when the life sentence of Katsuya Takahashi for his part in the 1995 subway sarin attack was upheld by the Supreme Court.

Today marks 20 years after the Sarin nerve gas attack in Tokyo by the crazy Aum Shinrikyo cult in which 12 died. pic.twitter.com/2pDyneEnmt

Katsuya Takahashi was the getaway driver who helped other members of the Aum Shinrikyo cult leave the crime scene. He also faced charges for three other attacks organized by the religious group in the early 1990s. Takahashi never admitted his guilt for any of the attacks, including the 1995 kidnapping and killing of a Tokyo notary and a failed bomb attack on the then-Tokyo governor.

© Sputnik / Kirill Kallinikov
Russian Police Carry Out Mass Detentions of Aum Shinrikyo Cult Followers
Shoko Asahara, the 63-year-old partially blind yoga instructor was sentenced to death penalty in 2004 on 13 cahrges, including the subway attack and a series of other crimes that killed more than a dozen people, according to Reuters. However, Asahara never testified and pleaded not guilty during the eight years of his trial. The sentence was upheld by the Supreme Court in 2006.

The religious doomsday cult had reportedly at least 10,000 members in Japan and overseas, including graduates of some of Japan's most elite universities.

Aum Shinrikyo also used sarin gas in 1994 in Matsumoto, Japan in an attempt to assassinate three judges reportedly set to rule on the cult. However, the chemical assault failed to strike its intended targets. Instead, wind dispersed the toxic gas into a residential area, killing eight and injuring hundreds.

According to NHK, six other senior Aum members had been executed on Friday. They are Matsumoto's close aide Yoshihiro Inoue, the head of the cult's "defense ministry" Kiyohide Hayakawa, as well as Tomomasa Nakagawa, Seiichi Endo, Masami Tsuchiya, and Tomomitsu Niimi.

Nobody Expects the Spanish Inquisition! Aum Shinrikyo Banned in Russia