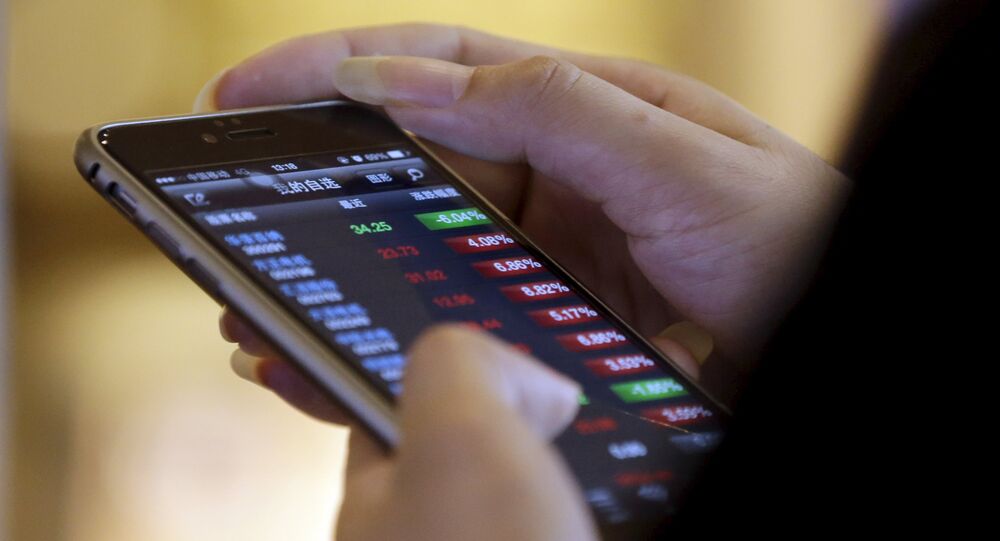 A fight was brewing in the streets of Jiantai village, Shifang, Southwest China's Sichuan Province, the result of financial disputes between villagers. Just as a young man was about to pull a knife, the police promptly arrived, stopping what could have become a bloodbath.

© AFP 2020 / Roland Weihrauch / dpa
China Tests New Facial Recognition System in Xinjiang Uyghur Region Amid Anti-Terror Fight - Reports
This case, covered by Xinhua in late 2016, is an example of the capability of China's new mass surveillance network in rural areas, which could eventually turn every television set and mobile phone in the countryside into a security monitoring terminal.

© Photo : Youtube/Dodo000000
China's Xinjiang Region to Use Drones to Enhance Border Security
According to Sichuan authorities, by December 2017, 14,087 villages have been connected to the Sharp Eyes project and 41,695 surveillance cameras were installed. 152,855 villagers have installed apps, connecting them to surveillance cameras in their neighborhood.

© CC0 / Pixabay
China Kicks Off Construction of Internet Security Institute in Hubei Province
In some remote villages, such as Xinlin county in Leshan Ebian Yi Autonomous County in Sichuan, the shortage in security personnel is so severe that five policemen have to take care of the safety of over 18,000 people, Xinhua reported.

© CC0
China Utilizes AI Technology to Prevent Crime
With massive amounts of footage generated on a daily basis, the project is not without challenges. Tian said that, technically, the difficulty lies in safely connecting billions of gigabytes of data to one platform, and allowing this data to be accessed conveniently. Currently, in some provinces, the surveillance data collected on the village level can already be accessed on the provincial platform, turning remote monitoring and management into reality.

Pixabay
Chinese Soldiers' Use of Mobile Games is Security Risk
According to professional security industry media 21csp.com.cn, with nearly 3,000 counties in China expected to be connected to the project, it will open a market worth over 10 billion yuan for the video surveillance industry. With the project being extended at township and village levels, the size of the market could rise to over 100 billion yuan.

US Navy: China Exploiting Academia, US Contractors to Steal Technology