The Indian government has assured the public that DNA data will remain protected from misuse or abuse with regard to privacy rights. However, some critics have termed it one of the most intrusive enactments of its kind anywhere in the world.

New Delhi (Sputnik) — The Narendra Modi-led Indian government has approved the DNA Technology (Use and Application) Regulation Bill 2018 on Wednesday that would enable the collection of DNA samples to "strengthen and support the justice delivery system of the country."

The bill will become a law if passed in the Monsoon session of the parliament, which is scheduled to begin later this month. The proposed bill states that all DNA data including DNA profiles, DNA samples and records, will only be used to identify potential criminals and not for "any other purpose."

"The utility of DNA based technologies for solving crimes, and to identify missing persons, is well recognized across the world," a government release issued on Wednesday reads. 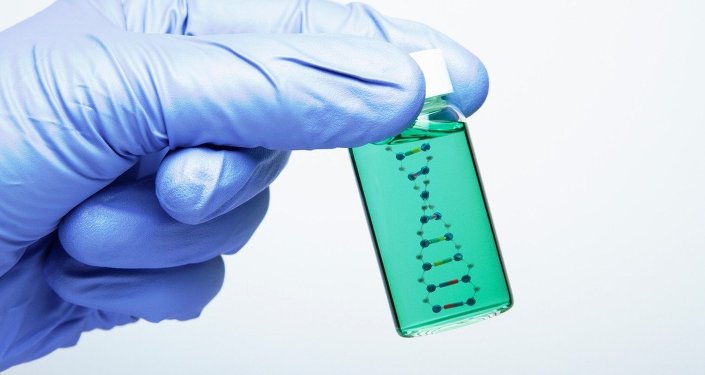 © East News / Image Source/Gennady Imeshev
Oldest Plant Fossils Ever Found Suggest Complex Life Much Older Than We Thought
The DNA data banks will maintain a national database for the identification of victims, suspects, missing persons and unidentified human remains and is expected to increase conviction rates in cases such as murder, rape and human trafficking. It will also be used to cross-match samples of missing persons or unidentified dead bodies, the government has claimed.

"The Bill's provisions will enable cross-matching between persons who have been reported missing on the one hand and unidentified dead bodies found in various parts of the country on the other, and also for establishing the identity of victims in mass disasters," it added.

The aggregate number of serious crimes in the country, according to statistics from the National Crime Records Bureau (NCRB) for 2016, is in excess of 3 lakhs per year. Of these, only a very small proportion has been subjected to DNA testing at present. It is expected that the expanded use of DNA technology in criminal cases would result not only in a speedier delivery of justice, but also in increased conviction rates, which is currently at around 30 percent.

As many as 60 countries have been widely using DNA profiling to solve criminal cases. However, a section of the Indian population and the media have been opposing the bill ever since it was first mooted by the government. They fear that the proposed law would infringe upon an individual's privacy rights.