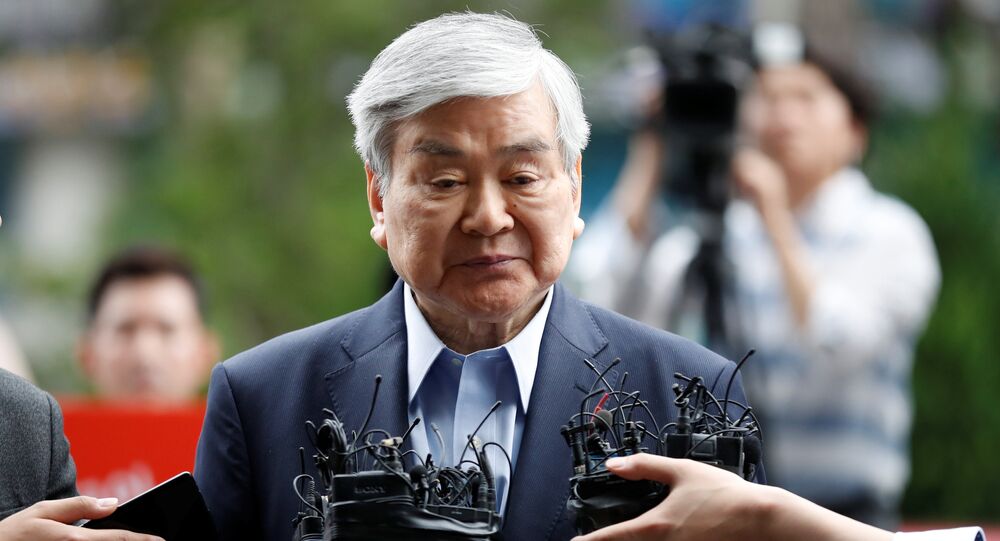 The prosecutors suspect Cho of evading about $45 million in inheritance tax and embezzling roughly $17.8 million from the company, according to the media.

© REUTERS / Major Jeff Landis,USMC (Ret.)/Naval Base Guam/Handout/File Photo
S Korean Air Force to Hold Joint Drills With US on Guam - Reports
The Korean Air CEO was reportedly questioned last Thursday. Some of his family members, including two daughters, also went in for questioning. Cho's older daughter, Hyun-ah, spoke to South Korean immigration officials who suspect she might have hired houseworkers from the Philippines without following the necessary procedures.

Cho Hyun-ah achieved widespread notoriety after a 2014 incident, when she forced two flight attendants to beg forgiveness on their knees after macadamia nuts were served to her in a bag, rather than on a plate. Cho then insisted that the plane turn back to the airport so that the flight attendants could be ejected. The airline heiress was sentenced to a year in prison, but released after several months.

Pompeo Contradicts Trump, Says North Korea Yet to Return Remains of US Soldiers