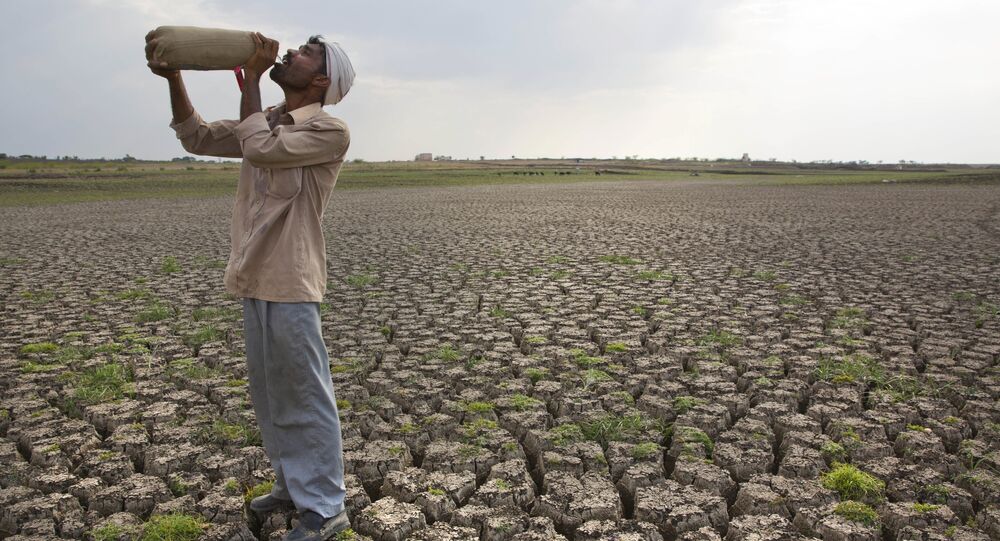 Many parts of India are going through an acute water crisis, with some towns even shutting down establishments like hotels and schools to combat the situation.

New Delhi (Sputnik) — Amid a water crisis looming large over many urban centers in India, a group of students from a private technical college in Uttar Pradesh has displayed a technology to curb the waste of tap water.

The students have developed a water-saving "smart washbasin" to help conserve water.

The washbasin is designed in such a way that if a tap is leaking, an alert will be sent to a user's mobile phone, according to ANI.

Moradabad: Students of engineering college have designed 'smart washbasin' that can help in conserving water, say' this model is designed in such a way that if tap is leaking an alert will be sent on users mobile phone. Water which gets wasted can be saved by this.' (25.06.18) pic.twitter.com/2Ws74UhlPb

Apart from the wastage alert, the technology also helps the basin's water to be recycled for bathing, washing utensils or for other purposes.

"Every day, millions of liters of water are wasted because of taps being left open. We have tried tackling this problem with our innovation. Not only will it help in saving water, but also in recycling the used water," Yash Khanna, one of the students who designed the project, told ANI.

This project is designed by Yash Khanna, along with his two classmates Tanuj Tandon and Utkarsh Gupta. The innovation has been selected in the first phase of a competition called the Smart India Hackathon- Hardware edition.

The innovation has gathered mixed response on social media.

Good invention.Congrats to the team.But we need reliable and steady mobile services in the country to get actual benefit of such efforts.

​This technology already exists in the western world and is used by homeowners. But good job by these students.

Student of Indian Origin Charged With Launching Cyberattacks in US