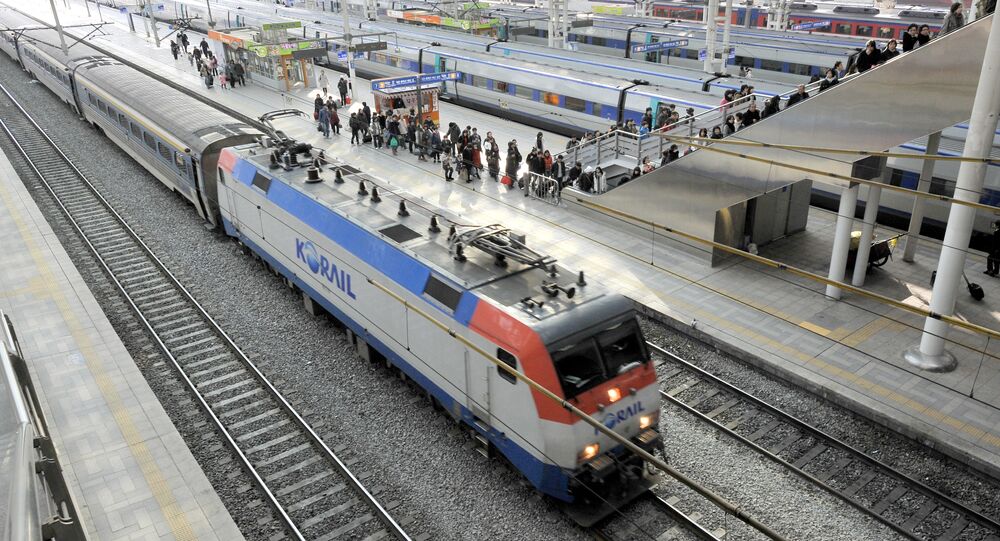 The two countries pursued the construction of a road, that would allow driving from Seoul all the way to Pyongyang in 2015, but the project was tabled in 2016 when tensions on the peninsula escalated.

Delegations, headed by South Korean Vice Transport Minister Kim Jeong-ryeol and North Korean Vice Minister for Land and Environmental Protection Pak Ho-yong met on Thursday on the northern side of the truce village of Panmunjom and released a joint statement, agreeing to modernize roads between the countries in order to restore connections and boost economic growth.

"The South and the North reaffirmed their belief that the project on modernizing Donghae [Wonsan-Goseong] and Gyeongui [Kaesong-Pyongyang] lines is significantly important for achieving balanced development and co-prosperity," the joint statement, released by the South Korean Unification ministry, read.

The sides agreed to establish joint research teams in order to conduct a first-ever field survey this August.

© REUTERS / The Presidential Blue House
Both Koreas Hold Military Talks to Mark 68th Anniversary of Korean War
The statement followed the inter-Korean meeting on Tuesday when Seoul and Pyongyang discussed the possible railroad connection and decided to start joint inspections of North Korea's railways on July 24. According to South Korean officials, the transport upgrade will boost the North's economy, but it is impossible to take decisive steps before sanctions on Pyongyang are lifted.

Previously, South Korean Prime Minister Lee Nak-yon said his government would limit infrastructure cooperation with North Korea until the UN sanctions over the nuclear program are lifted, adding that Seoul will conduct a preliminary study "before the sanctions are removed."