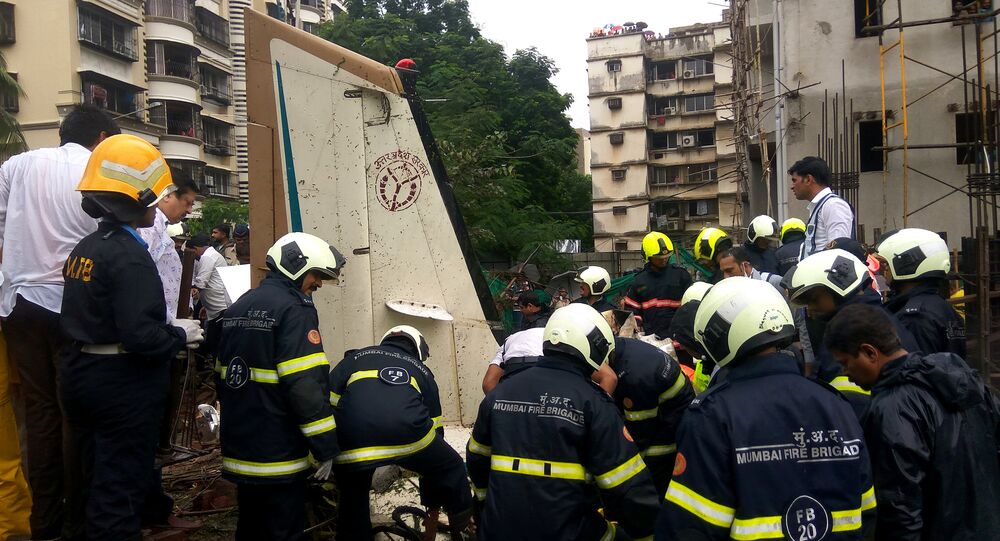 Indian police say a chartered plane belonging to a state government has crashed in a busy district of Mumbai, the country's financial and entertainment capital.

It is unclear how many people were on board the aircraft, five people have been found dead, the police said.

"Five people have succumbed to their injuries after the chartered plane crashed, including one pilot, three co-passengers and a pedestrian," a Mumbai police spokesman said.

The plane is reportedly a King Air C90 type, so it can carry between seven and ten people.

According to the Directorate General of Civil Aviation, the plane took off from the Juhu airport on a test flight.

Social media users have posted numerous photos and videos of the crash.

Flames and black smoke were seen rising from the wreckage. A large crowd gathered around the debris.

The plane crashed next to a multi-story building under construction in the Ghatkopar area. Police and fire engines promptly arrived at the crash site.

The fire at the site of the crash was extinguished by firefighters and disaster management teams, the media outlet added, citing authorities.

The government of India's northeastern Utter Pradesh state reportedly said it had sold the aircraft in question to a private company back in 2014.

Earlier in June, an Indian Air Force fighter jet crashed in western India, the aircraft’s pilot died in the accident.