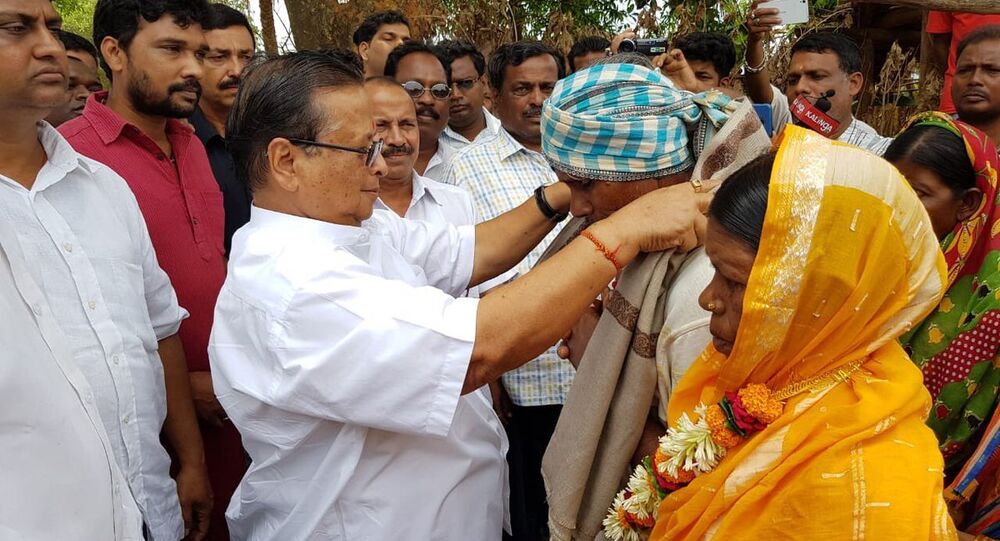 A courageous Indian man has become a hero after digging a canal to bring irrigation water to his impoverished village, which previously had to depend on rainwater for cultivation and use dirty drinking water from nearby streams and ponds.

New Delhi (Sputnik) – In an accomplishment purely driven by courage and grit, a 70-year-old tribal man from India's eastern state of Odisha has carved out about a kilometer-long canal to irrigate his barren land. Daitari Naik is now a local hero with the media and local administration approaching him to appreciate and learn more about his work.

"We are living in the forest area and mostly depend on cultivation as the livelihood. Due to lack of irrigation facilities, we could not cultivate properly. Hence we worked for years with other family members together to clear the rocks and bushes to make the water come down," Daitari Naik told Odisha Television.

Naik who comes from the Baitarani village under the Banspal block of Keonjhar district in Odisha is now being compared with Dashrath Manjhi of Bihar who has also been called "the Mountain Man." Manjhi, who single-handedly carved through a mammoth peak to build a road connecting his village to a nearby town is a legend in India with a popular movie dedicated to his life.

© REUTERS / Lucy Nicholson
Don't Cry for Messi: Heartbroken Fan Goes Missing After Argentina's Loss to Croatia
Villagers led by Naik took on the task when the district administration was unable to provide an irrigation facility in the hilly area. Naik said that many villages in the hilly area of Banspal, Telkoi and Harichandanpur face water scarcity both for drinking and irrigation.

After Naik's feat was highlighted by the media, the local administration had taken note of the villagers' problems.

"According to (media) reports, the man dug a canal to bring the water from Karnataka Nallah downstream to use for cultivation. We will visit the village and take necessary steps to arrange water for irrigation." Sudhakar Behera, an executive engineer with the Keonjhar division (Odisha), told the Times of India.