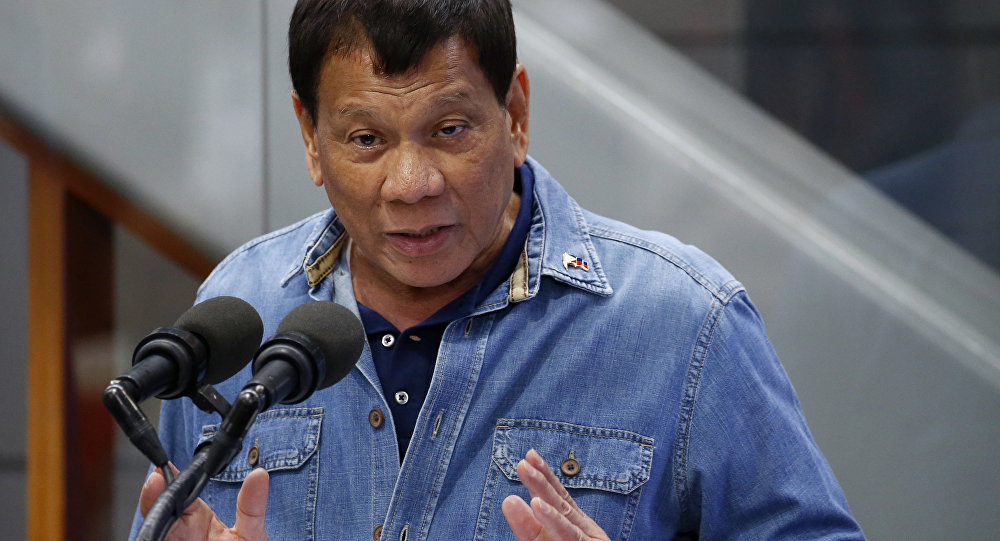 During a June 22 summit in Davao City, on the southern Philippine island of Mindanao, the country’s president, Rodrigo Duterte, referred to the God of the nation’s enormous population of Catholic faithful as “stupid.”

Duterte, in recounting the Catholic Church's version of the Adam and Eve creation myth, stated: "Adam ate it then malice was born. Who is this stupid God?"

The Philippine strongman continued in a similar vein, remarking: "That son of a b*tch is stupid if that's the case."

"That was your mother and father's deed," Duterte extrapolated to the audience, adding, "you weren't born yet, but now you have original sin. What kind of religion is that? I can't accept it," cited by Philippineslifestyle.com.

Duterte nonetheless asserted his belief in a "universal mind."

"I believe there is a universal mind. But [to] what extent is the influence of the — I cannot picture him as a human being […] But I really believe, I have this faith and abiding thing about — but don't believe in religion," he stated.

Some two years ago, during his first presidential campaign, Duterte infuriated the enormous Catholic population in the country by cursing Pope Francis for the latter's contributing to increased vehicular traffic in the country's capital of Manila during a state visit.

Duterte made similar comments earlier this month during a meeting with the Filipino community in South Korea.

A week after Duterte made those remarks, the Catholic Archbishop of Lingayen-Dagupan, Socrates Villegas, released a statement criticizing the cursing of God.

"The list of cuss words against God is endless. God is still God and those who have cursed Him are now dust," Villegas, former president of the Catholic Bishops' Conference of the Philippines, said on June 10.

"For those who dare to teach you error, pray for them and forgive them. They might be insane or possessed. They need God. They need your prayers and love and compassion," Villegas offered.

Duterte's provocative comments about God come in the wake of the recent killing of three Catholic clergymen in the Philippines.

The Philippines is considered to be the only dominantly-Christian nation in Asia, with over 86 percent of the population — some 76 million people — avowing Roman Catholicism.

Duterte to International Court: You Have No Power Here, 'Not in Million Years'