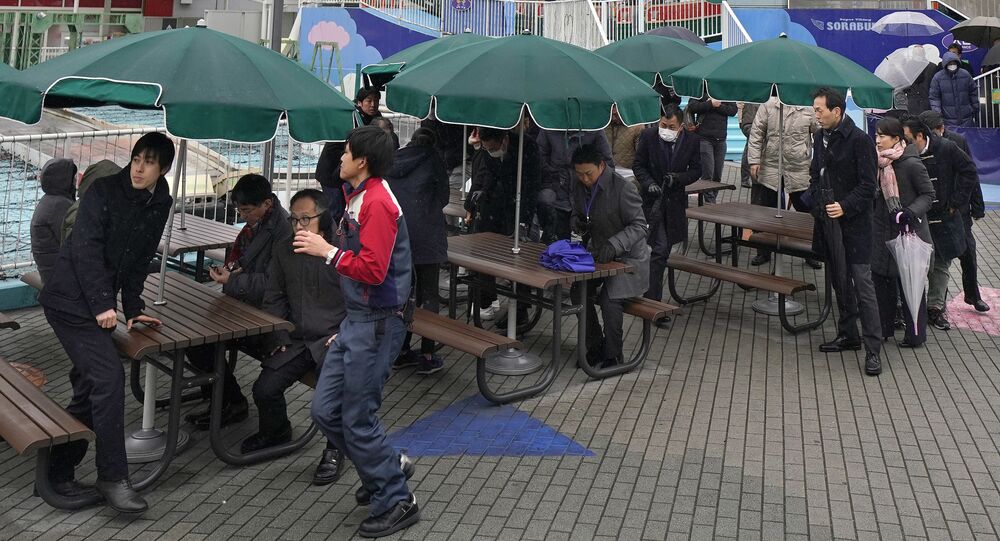 "It is important to insist on the strong implementation of the UN Security Council sanctions [against Pyongyang] in line with the results of the North Korean-US summit. In view of the latter, we, in cooperation with the local population, postpone civilian [evacuation] drills. In addition, we will pay special attention to the J-Alert emergency warning system and the work on the plan of actions in case of [a possible missile flight and] fall of missile debris," Yoshihide Suga said at a press conference.

The drills, which were to be held later this year, have been suspended in nine prefectures. They were earlier carried out in two prefectures.

© REUTERS / Jonathan Ernst
Trump: North Korea Has Eliminated 4 of Its "Huge Objects" for Nuclear Tests
On June 12, US President Donald Trump and North Korean leader Kim Jong-un met in Singapore where they issued an agreement that requires Pyongyang to denuclearize in exchange for a freeze on the US-South Korean military drills and eventual sanctions relief.

The North Korean leader said he was ready to denuclearize and signed a corresponding agreement with South Korean President Moon Jae-in at the inter-Korean summit in April.