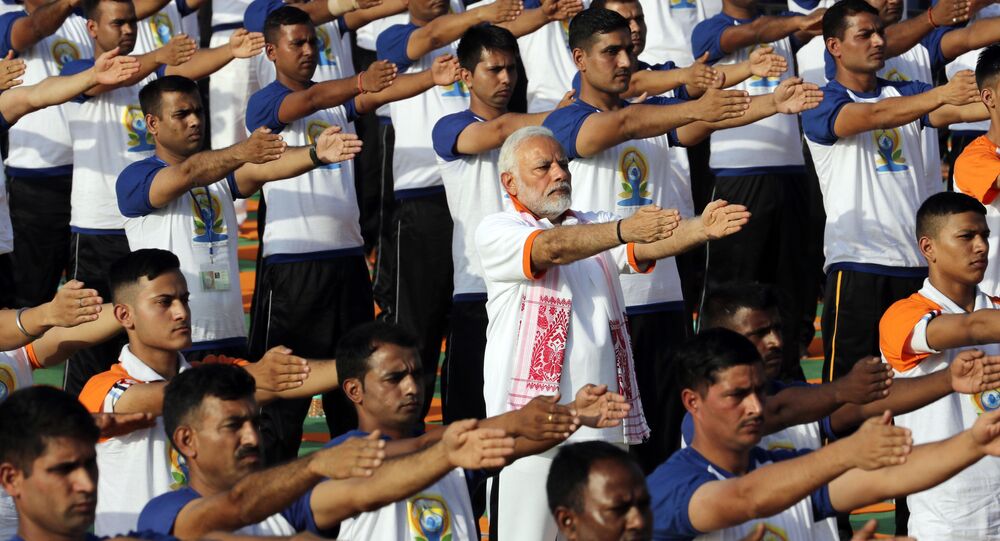 The national Indian discipline of yoga includes spiritual and physical practices and is followed today by millions of people all around the world.

Indian Prime Minister Narendra Modi, who proposed declaring June 21 International Yoga Day and won UN approval in 2014, has performed his asanas with over 50,000 others in the northern city of Dehradun.

"In a world where non-communicable diseases, stress, and lifestyle-related ailments are rising, Yoga can play a central role in mitigating these diseases to create a healthy mind and body," Narendra Modi said.

I urge people around to world to embrace Yoga.

I also request people to share the joys of Yoga with others by teaching Yoga particularly to today’s youth. This way we can create a healthier planet. pic.twitter.com/aaUFOGXHvi

Yoga has flourished in recent decades, with millions of people worldwide practicing regularly, yet in the West, it is frequently more of a physical than a spiritual activity.

Glimpses from the Yoga Day programme in Dehradun. pic.twitter.com/D0jCTv0dJv

At least 5,000 events have been organized across India, but the largest was supposed to be in Mysore in the south of the country with more than 60,000 people slated to part.

UNESCO included yoga to its list of intangible cultural heritage in 2016 in recognition of its impact on Indian society, "from health and medicine to education and the arts."