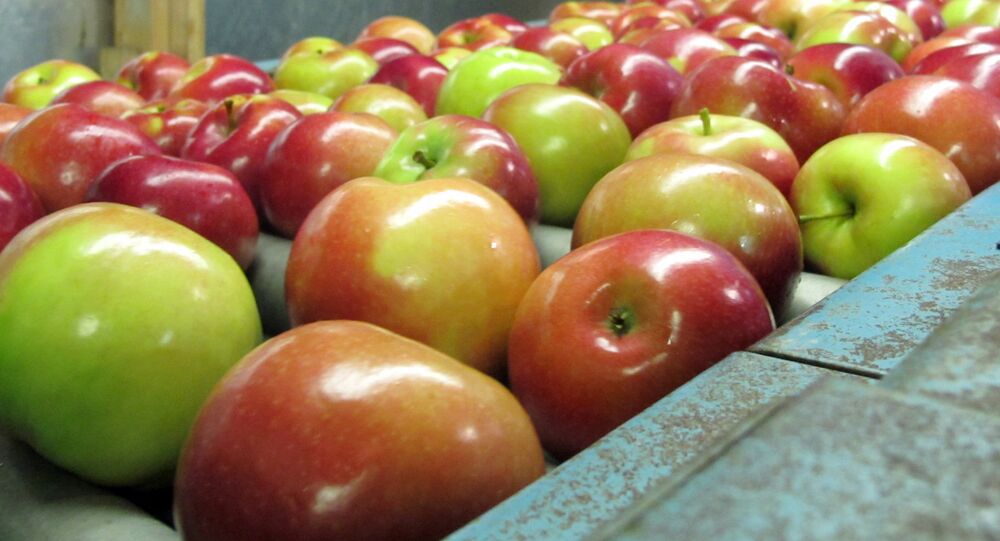 Just ahead of June 21, the date notified by India for the imposition of an additional duty on a list of American products as a retaliatory measure against US duty hike on steel and aluminum, the country is preparing yet another notification to be submitted to the World Trade Centre.

New Delhi (Sputnik) — A senior officer from India's commerce ministry told Sputnik that the ministry is in close contact with revenue officials preparing the final list which may include more items and higher duties than intended in the earlier notification.

READ MORE: India Hits Back at Washington Over US Metal Tariffs — Reports

"We are working on a final list of duties on items imported from the US to be implemented from June 21," the government official who requested anonymity told Sputnik.

The official indicated that higher duties on apples and almonds will have a massive impact on the US and the duties structure will be finalized considering this aspect as well.

India recently notified the @WTO that it plans to raise its tariff on #apples, describing this increase as retaliation for President Trump's #tariffs on aluminum & steel. 🍎 A 75% tariff on apples entering India would have a grave impact on Washington’s growers.

Earlier this month, India had revised the items under the proposed action from 20 to 30. On May 23, India proposed raising duties by up to 100% on 20 products such as almonds, apples and specific motorcycles imported from the US which went to 30 items- such as apples, walnuts, almonds, high-end motorcycles (including Harley Davidson), lentils and phosphoric acid- in a notification it had submitted last week.

© Photo : Luo Zhaohui ‏/twitter
Chinese Envoy Proposes Joint Action by India, China to Counter US Protectionism
The source told Sputnik that the Indian government is committed to retaliating and neutralizing the effect of additional import duties of 25 percent and 10 percent imposed on Indian steel and aluminum respectively by the US citing national security concerns.

"We have kept the door open for more changes as India reserves its right retaliate against the impact of the measures taken by the US," the official added.

On Tuesday, the Modi government urged the Trump Administration to retain the Generalized System of Preferences (GSP) beneficiary status to India as a withdrawal would be discriminatory and detrimental to the development, finance and trade needs of the country.

"We request the president (Donald Trump) to maintain the GSP beneficiary status to India… Withdrawal of the GSP benefits to India would be discriminatory and detrimental to the development, finance and trade needs of India — a vast and diverse developing country with unique challenges," Puneet Roy Kundal, Minister Commerce at the Indian Embassy, told the US Trade Representatives (USTR) in a written submission.