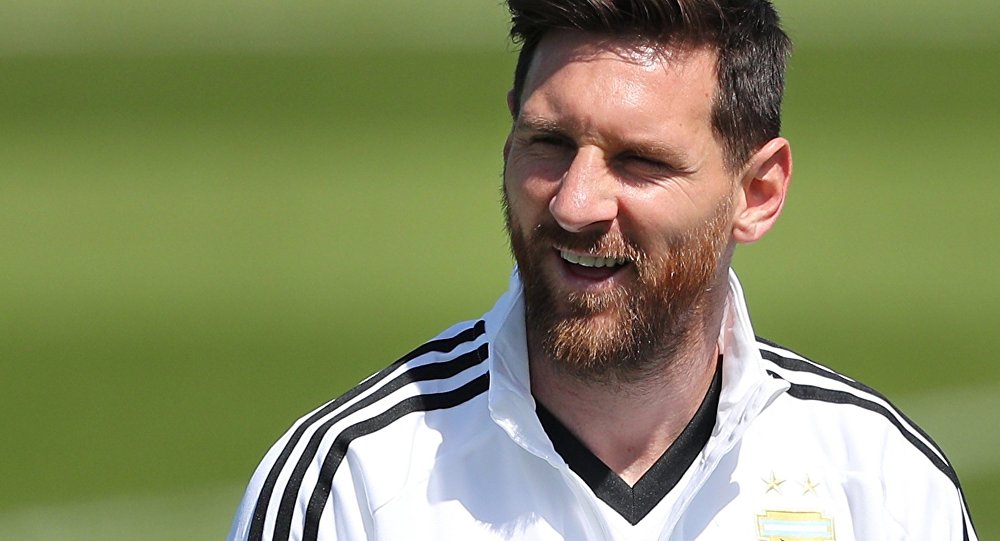 Clifin flew to Dubai from India on February 23 and bought a bike, proceeding to Iran, Azerbaijan and then to Russia. Clifin is a die-hard fan of Argentina. He hopes to click a selfie with Lionel Messi and convince the superstar to sign his bike.

New Delhi (Sputnik) — India's southernmost state of Kerala is known for football crazy fans who go to any lengths to prove their dedication to the game. The list has a new addition — Clifin Francis.

The die-hard Messi fan who hails from Cherthala village in Kerala peddled all the way from Dubai and has reached Moscow in time to witness the FIFA World Cup 2018 match between France and Denmark on June 26.

Clifin's Facebook page chronicles his experiences through the journey. He has posted pictures of staying with Iranian families as a guest, parking his bike inside an Azerbaijani police station and being welcomed with a warm smile by a Russian security officer.

He narrates in his Facebook updates that he was welcomed warmly by the border officials in Iran when they came to know that he was a visitor from India. From Iran, he crossed over to Azerbaijan, a former constituent republic of the Soviet Union. He shares his experience that the Azerbaijani police were just as thrilled as the people of that country to host him.

From Azerbaijan, he crossed over to Russia. His FIFA Fan ID was helpful to him in all locations and he was asked multiple questions about Aishwarya Rai by fans of the Indian actress, Clifin writes.

© AFP 2019 / Dibyangshu SARKAR
FAN ID Propels India Among Top 10 Countries Buying Tickets for World Cup 2018
They showed him safe places to camp and let him keep the bike inside the police station.

From there, Francis went to the Georgian border with a German traveler he met on the way. The German was let in but Francis was kept waiting, despite showing his travel documents.

He could not turn back, because the Azerbaijani officials had already stamped exit on his passport. He was in the middle of nowhere, caught between two countries, without food or water. He even tried flashing the World Cup match ticket, but Georgian authorities refused to budge.

Finally, he applied for a visa again to Azerbaijan. He returned to Azerbaijan, where he was told that he could try another route, where the country shared a border with Russia.

Clifin writes that the Russian border was a welcome change. He was treated warmly when the officers realized he was Indian. He only had to show them the FIFA fan ID he was given while booking a ticket for the football match. The only question they had for him was about Aishwarya Rai, again.