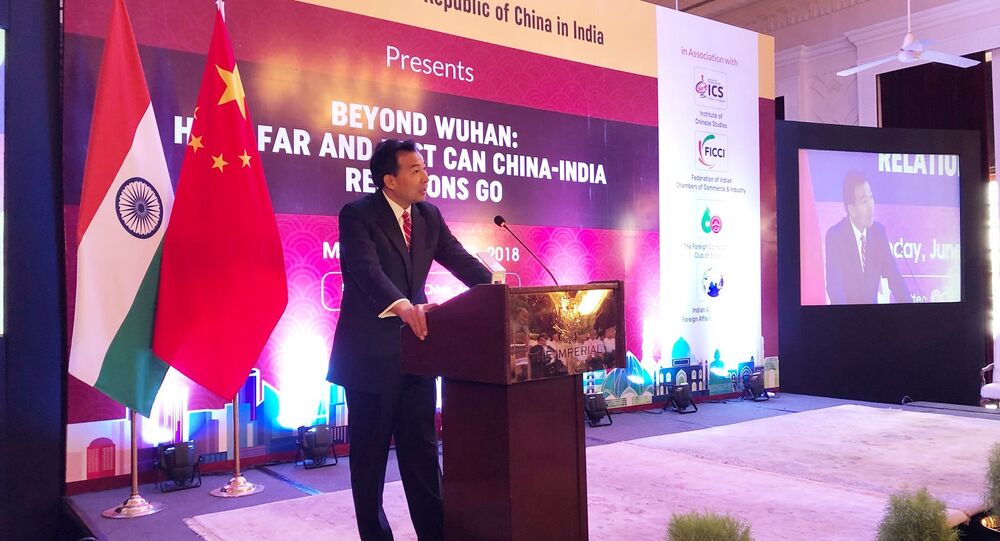 Amid the ongoing trade spat between China and the US, India has moved ahead with a proposal to impose an import duty of up to 100% on a list of American products.

New Delhi (Sputnik) – Speaking at a function in New Delhi, Chinese envoy Luo Zhaohui has proposed better coordination between India and China, as well as for eliminating trade pressure "against the backdrop of anti-globalization and rising protectionism" and to "explore ways to be with each other."

India and China have imposed retaliatory barriers equal in value to US tariffs on steel and aluminum. The Trump administration in March signed an order imposing a 25% tariff on steel imports and a 10% tariff on aluminum imports, citing national security as one of the key reasons behind the move.

"We would also like to negotiate a bilateral trade arrangement with India to expand trade relations. We may encourage economic cooperation on major projects such as new industrial parks and high-speed railway," Luo Zhaohui added.

Luo said that China would love to encourage more Indian companies to participate in the first China International Import Expo in Shanghai this November.

"Surprisingly, only four Indian companies have decided to participate in the Expo. We call for Indian government and business circles to be more active in participating," Luo said.

India-China bilateral trade reached USD 84.44 billion in 2017, rising by 18.63% year-on-year, according to data from the Chinese General Administration of Customs in March.