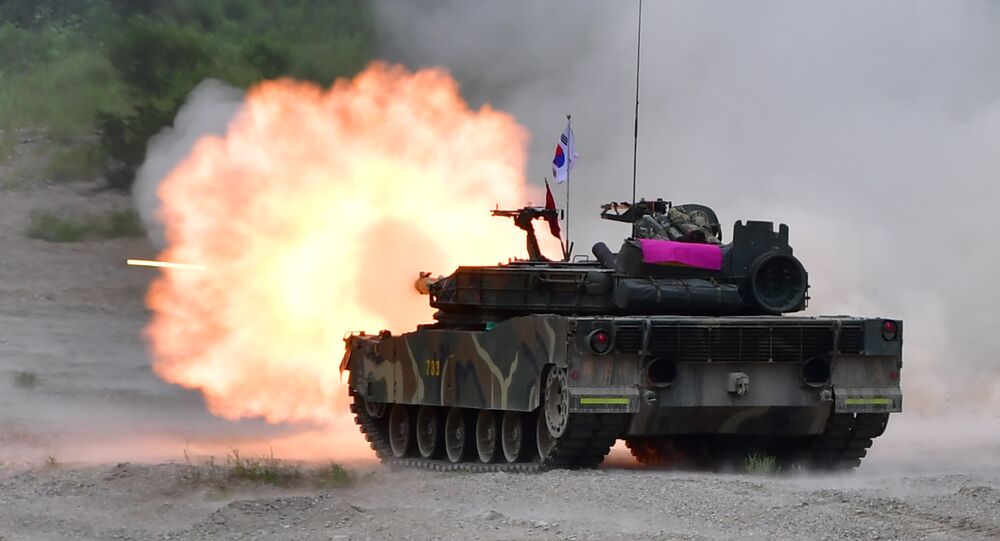 The US and South Korean militaries will not conduct a joint military drill that was scheduled to take place in August, US officials said late Monday, following a historic meeting between US President Donald Trump and North Korean Supreme Leader Kim Jong-un in which the two heads of state agreed to make peace on the Korean Peninsula.

Trump verbally vowed to end US-South Korean "war games" following the summit with Kim in Singapore on June 12. The "Ulchi Freedom Guardian" drill will not take place this year as it did last year, an official told Reuters.

Meanwhile, Pentagon spokeswoman Dana White said in a press release on Monday that the United States and South Korea have suspended planning for a joint military exercise near the Korean peninsula that was scheduled to take place in August.

There have been no decisions on subsequent war games, White said. Also, this decision has not affected Pacific exercises outside of the Korean Peninsula, White added.

Last year, Pyongyang requested the UN Security Council to discuss Ulchi Freedom Guardian on the grounds that it was essentially a rehearsal for an invasion of North Korea.

The drill involves some 17,500 of the roughly 28,000 US troops in South Korea, according to the Pentagon, and it involves the United Nations Command forces from seven countries, including Australia, Canada, Columbia, Denmark, New Zealand, the Netherlands and Britain.