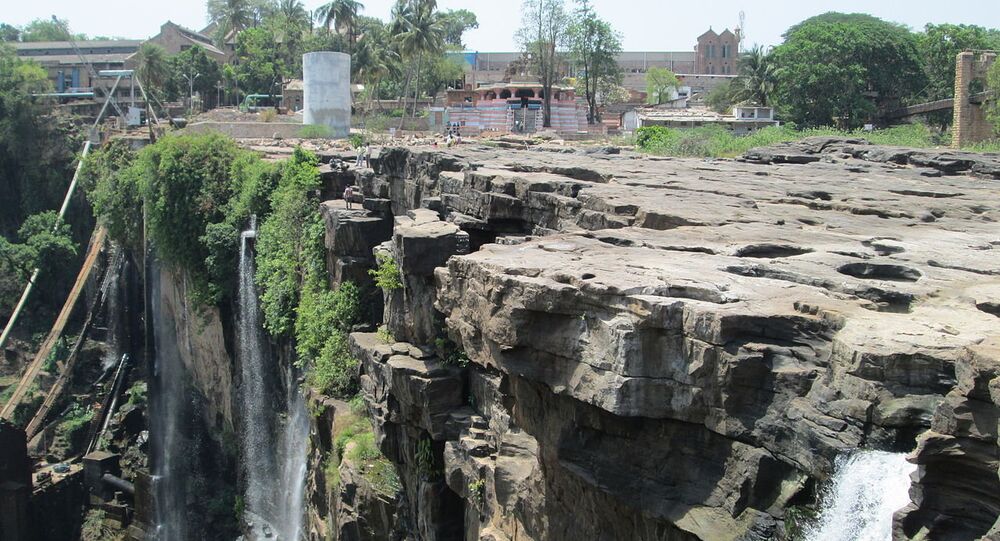 A man in the Indian state of Kartanaka lost his life after accidentally falling off a 170-foot waterfall while his friends were trying to take pictures of him.

A 35-year-old Indian man named Ramjan Usman Kagji was reportedly climbing down a cliff near the Gokak waterfalls trying to pose for a photo, when he suddenly slipped and plummeted to his death below.

According to The Daily Mail, Kagji and his friends were drunk when they arrived at the waterfall and started performing dangerous stunts despite repeated warnings from onlookers.

"I could see from their hand gestures that his friends were prodding him to change pose, as they wanted to capture his act on the phone and later upload on social media,” one of the eyewitnesses said. "After the accident, when we rushed near the spot from where [he] fell off, we overheard his friends saying: 'He wouldn't have lost his life if we hadn't prodded for a better angle.'"

Chinese Daredevil Accidentally Plunges to Death While Filming Himself