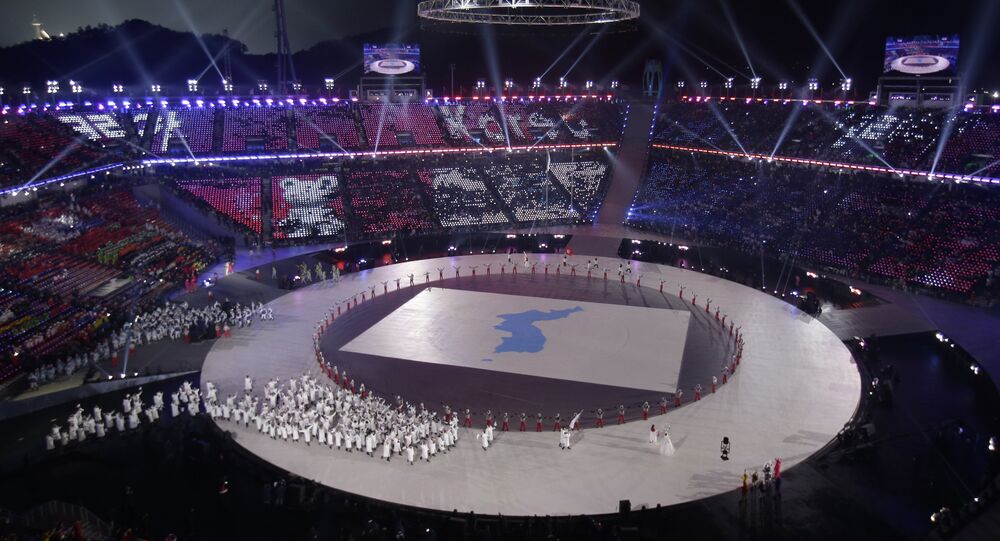 Seoul, Pyongyang Agree to Compete Together in 2018 Asian Games - Reports

MOSCOW (Sputnik) - North and South Korea have agreed to form joint teams for some competitions within the upcoming Asian Games, and march together under the unification flag during the opening and closing ceremonies of the tournament, the Yonhap news agency reported on Monday.

During their Monday's talks in the truce village of Panmunjom, the representatives of the two Koreas also agreed to hold a friendly basketball game in Pyongyang on July 4, in line with the idea Kim voiced during the summit, the agency reported, citing the country's Ministry of Culture, Sports and Tourism.

© AP Photo / Lee Jin-man
2021 Asian Games Could Be Co-Hosted by 2 Koreas - S Korean Provincial Governor
Earlier in the day, representatives of both states held talks on the issue of jointly participating in the Asian Games and other sporting events in line with the landmark Panmunjom Peace Declaration, signed by South Korean President Moon Jae-in and North Korean leader Kim Jong Un during their April 27 summit.

The 2018 Asian Games will be held in the Indonesian cities of Jakarta and Palembang between August 18 and September 2.

The agreement to jointly compete in the games is the most recent episode of rapprochement between the two states. In February, the teams from North and South Korea marched together during the opening ceremony of the Winter Olympics in South Korea's Pyeongchang and competed together in women's hockey.