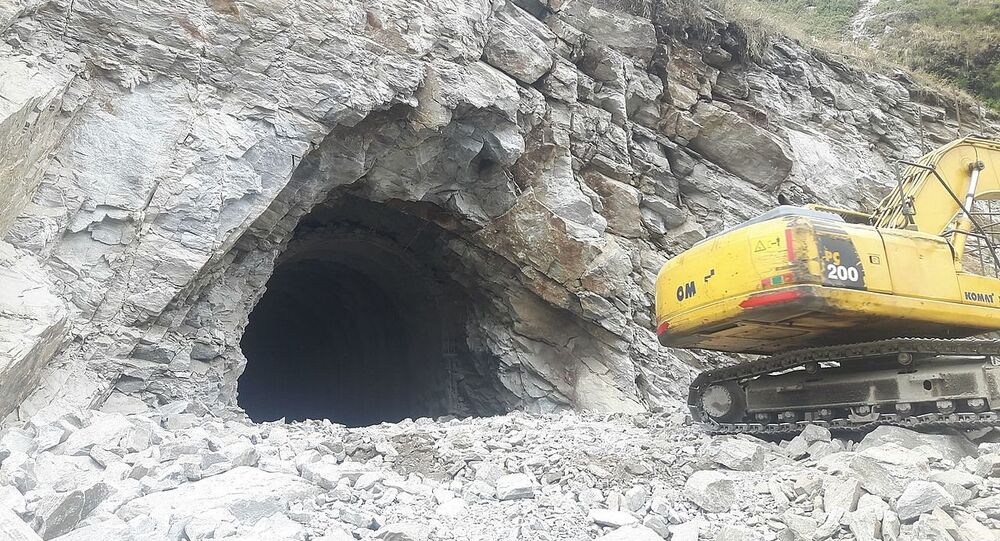 Amid a delay by an Indian firm in completing hydro-mechanical works at the Upper Tamakoshi Hydropower Plant, Nepal has set a new deadline of December 2018 for the project. Nepal now wants the Indian firm to subcontract the remaining work to an Australian company already engaged in the project.

New Delhi (Sputnik) – The Nepal Electricity Authority (NEA), the state-owned power utility of Nepal, has asked an Indian firm to stop working on the 456 MW Upper Tamakoshi Hydropower Project due to its slow progress. It has asked the Indian contractor to outsource its remaining tasks to another firm – reportedly Andritz Hydro of Australia.

"During a meeting held last week among the Upper Tamakoshi project officials, Andritz Hydro and Texmaco representatives, there was a verbal agreement reached to transfer the remaining work which will be followed by a written agreement soon," Ganesh Raj Neupane, a spokesperson for the Upper Tamakoshi Project, said to local media.

In April this year, Nepalese Prime Minister KP Sharma Oli had expressed strong reservations due to delays in the project and instructed the project officials to complete the national project within the given deadline.

© Photo : Pixabay
Maoist Election Victory in Nepal Could Signal Pivot from India to China
The project was delayed due to the 2015 earthquake and a blockade at the India-Nepal border. The project is now scheduled to start generating power from all units by December 2018.

A senior Nepali official involved in the project told Sputnik that the Indian firm had been intentionally delaying the project to inflate costs, having already crossed the budgeted amount. The project has been financed by the Nepali government from its own internal resources, unlike other externally funded hydroelectric projects. Texmaco officials were unavailable for comment, but bad road conditions in Nepal were early cited as the prime difficulty in completing the project on schedule.