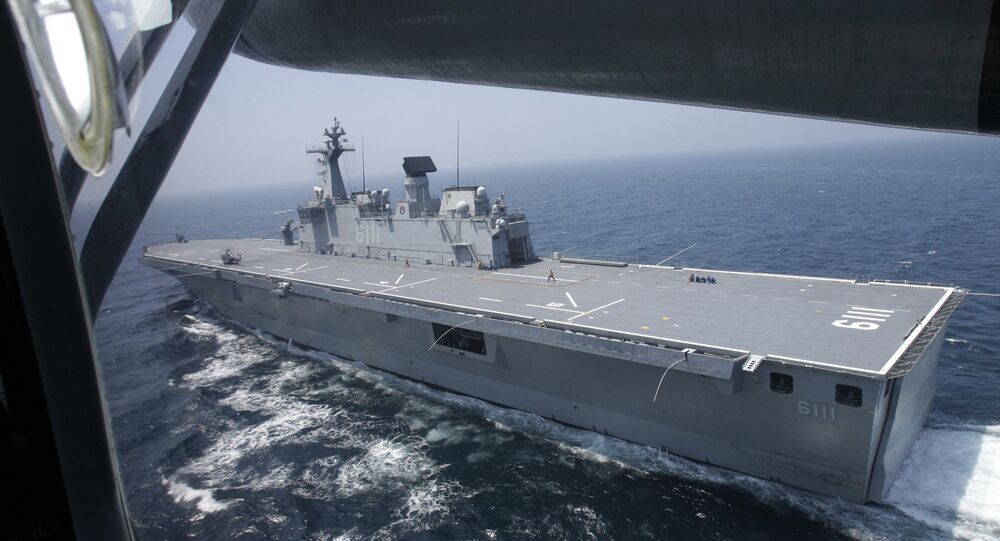 TOKYO (Sputnik) – The Japanese government expressed protest on Monday over South Korea holding its regular military exercise in the area of the disputed Liancourt Rocks, known as Dokdo or Tokto in Korean, and Takeshima in Japanese.

"This is absolutely unacceptable, given our position concerning the sovereignty of Takeshima. This is very upsetting," the Japanese government said as quoted by the Kyodo news agency.

The agency reported that Tokyo had requested Seoul via diplomatic channels to abandon the drills, which start on Monday.

The Liancourt Rocks have been administered by South Korea since 1954, but Japan has been disputing Seoul’s sovereignty over the territory due to historical reasons.