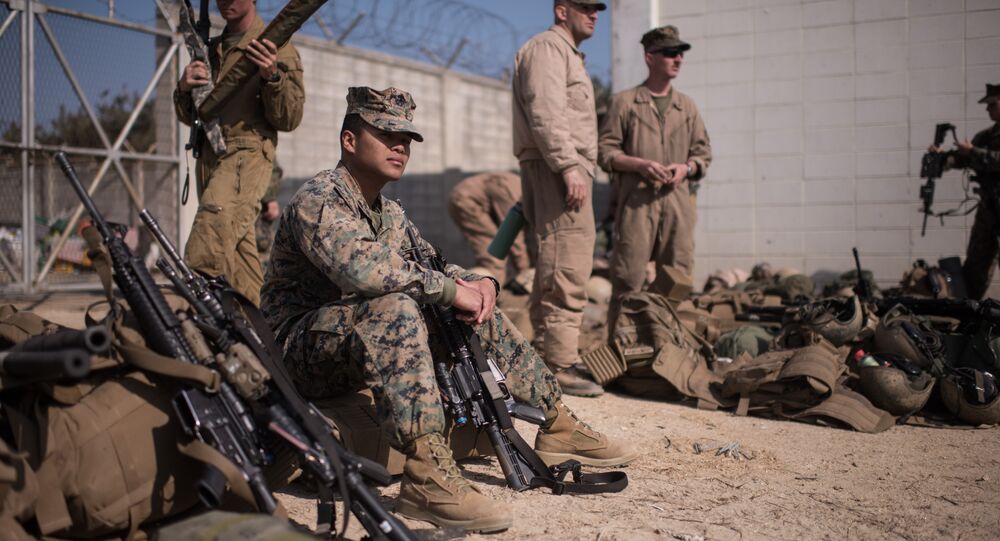 South Korea and the United States are expected to announce the suspension of large-scale military exercises this week, local media reported citing a government source.

As the dialogue with North Korea is underway, South Korean and US governments are expected to announce their decision to suspend large-scale military exercises this week, Yonhap reported, citing an anonymous government source.

Earlier, the South Korean Defense Ministry said in a statement that Washington and Seoul might decide next month whether to stop their joint drills to create favourable conditions for North Korea’s nuclear disarmament.

© REUTERS / Jonathan Ernst
Ex-UN Envoy: Trump-Kim Summit Was 'Spectacle', Real Work Has Still to Be Done
On June 12, US president Donald Trump and North Korean leader Kim Jong-un met in Singapore where they issued an agreement that requires Pyongyang to denuclearize in exchange for a freeze on US-South Korean military drills and eventually sanctions relief.

At the end of the summit, Trump said it was inappropriate to hold "war games" while trying to negotiate a peace deal, adding that cancelling the exercises would save money and be appreciated by the North Korean leader.