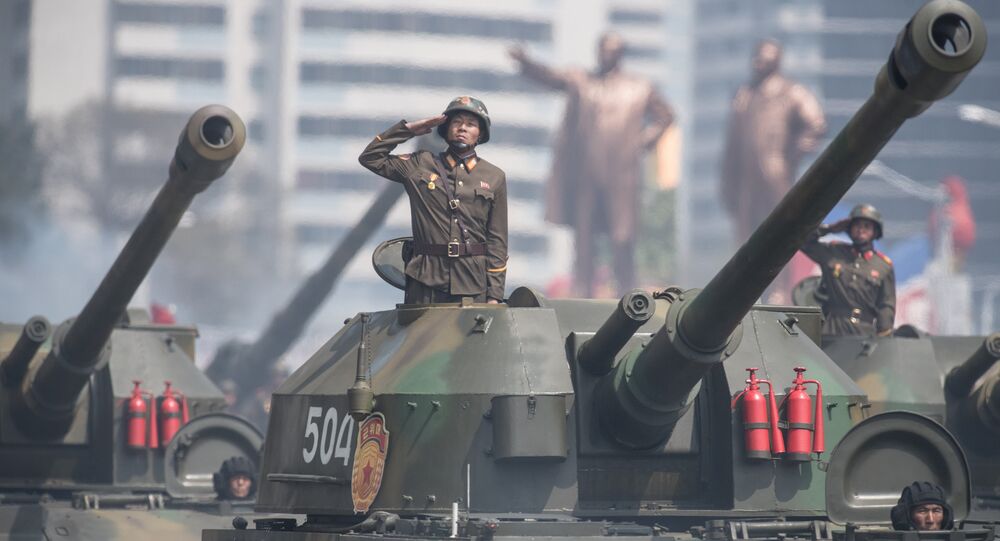 MOSCOW (Sputnik) - Seoul has proposed Pyongyang to move North Korean long-range artillery away from the border between the two states in order to reduce tensions between them, South Korean media reported Sunday.

The Yonhap news agency reported citing government sources that on Thursday the two states held talks between high-ranking military officials within the framework of the agreements reached on April 27 between the leaders of the two Koreas.

© Sputnik / Grigoriy Sisoev
Japan Mulls Global Fund to Pay for North Korea Nuclear Disarmament – Reports
According to the media outlet, during the meeting the South Korean side made a number of proposals including the relocation of the North Korean artillery to the positions located up to 40 kilometers (some 25 miles) from the line dividing the two Korean states.

The situation on the Korean Peninsula has been significantly improving within last several months with North Korean Leader Kim Jong Un and South Korean President Moon Jae-in having held their first meeting on April 27.

During the meeting, the sides signed the Declaration for Peace, Prosperity and Unification on the Korean Peninsula. The document committed the two countries to a nuclear-free peninsula and talks to bring a formal end to the Korean War.