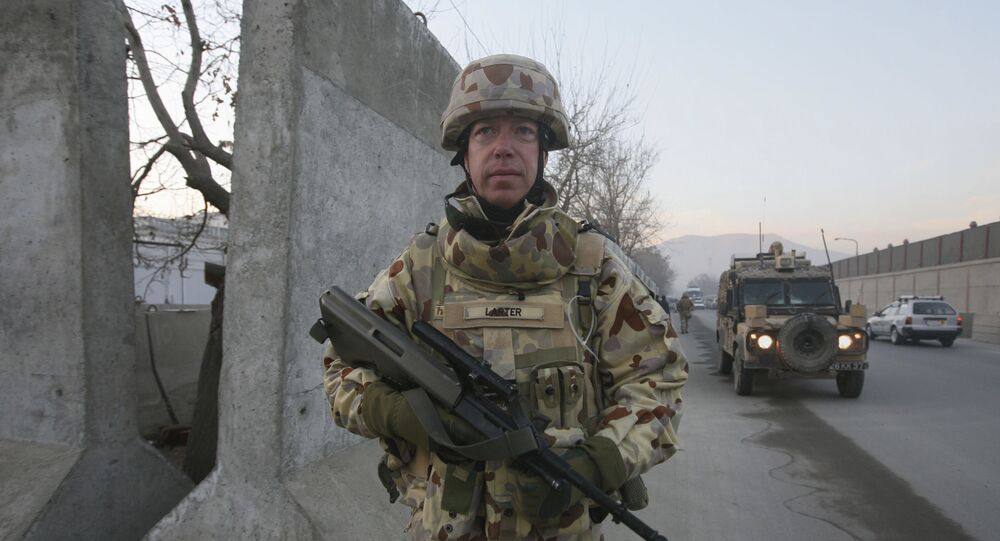 Australia’s elite Special Air Service Regiment (SASR) team has been found to have committed a string of atrocities while on mission in Afghanistan nearly a decade ago; and the "Nazi flag" incident appears to be just the tip of the iceberg.

In one instance back in 2009, reported by Sydney-based Fairfax Media, which conducted a six-month investigation into alleged Australian military war crimes in Afghanistan, soldiers killed an Afghan amputee as they were raiding Urozgan province and took his artificial limb to their base to use it as a drinking vessel.

In another no less horrendous case, two senior soldiers first plotted and then forced a "rookie" troop to kill an unarmed elderly detainee, a Taliban suspect, thereby marking the young soldier’s combat debut. According to Special Forces sources, cited by Fairfax, the victim posed no threat after being brutally knocked out.

The soldiers involved in the atrocities committed on Afghan soil have not been named by the media.

The hair-raising details came to light around the time when Australia’s prime minister, Malcolm Turnbull, blasted personnel of the same high-profile squadron who were caught on camera waving a swastika flag from their patrol vehicle.

According to a statement by the Australian Defense Forces (ADF), the Nazi flag briefly appeared over the Land Rover’s bonnet.

The respective picture, taken in 2007, was published by the major Australian Broadcasting Corporation, prompting Turnbull to describe the incident as "completely unacceptable." The premier went on to report on the incident, saying the soldiers involved had subsequently been disciplined.

So the #adf can proudly fly a #nazi flag and "patriots" and politicians say nothing? Tells me all i need to know. #auspol

​Despite a number of voices suggesting that it was more likely a joke than an ideological move, the gruesome nature of the incident is hardly something one can deny.

"Flying that flag in Afghanistan dishonors the ADF and those soldiers who fought in the Second World War," The Independent cited Ben Wadham, a Flinders University expert on the armed forces and a former military investigator, as saying. According to the ADF, the authorities are currently conducting an inquiry into the conduct and culture of the nation’s special forces.

Waiting to hear even mild disapproval of a Nazi flag being flown on an army vehicle from the columnists and commentators that went absolutely mental over the ADF’s use of a rainbow flag on a lapel pin.

Hey it was an #ADF vehicle in Afghanistan that was pictured flying the Nazi flag. Anyway, the way Dutton’s portfolio is growing, it won’t be long before he gets the ADF!

Australia’s part in the war in Afghanistan went down in history as Operation Slipper, which was conducted from 2001 to December 2013, and Operation Highroad (from 2015.) Naval, airborne and land forces were deployed in 2001 in the framework of the so-called International Security Assistance Force (ISAF.) The last combat troops were pulled out on December 15, 2013; nevertheless, roughly 400 Australian troops remain in Afghanistan as military advisers, currently stationed in Kandahar and Kabul.

27 People Killed, Up to 50 Wounded in 4 Attacks in Afghanistan Amid Ceasefire