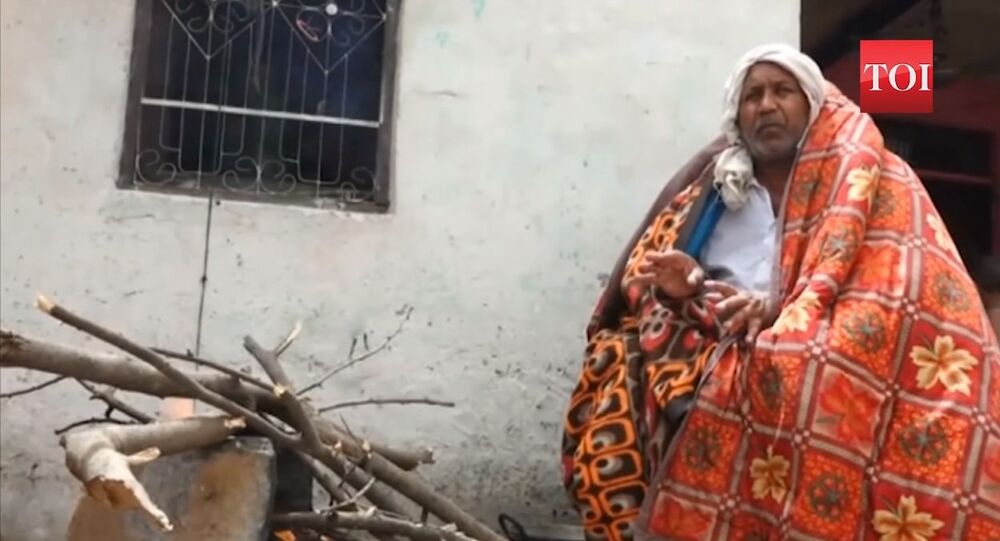 In the midst of an extreme heat wave across northern India, one resident has caught the attention of the media, as he is often spotted covered in thick blankets, snuggling up to a bonfire. Santaram, who is otherwise physically and mentally fit, says he feels cold during the summer and warm in the winter.

New Delhi (Sputnik): A man from the northern Indian state of Haryana walks around with a thick blanket during the summer, and sleeps on ice during the winter.

Neighbors say Santaram has been doing this since he was a child. He wears woolen clothes in the summer and is comfortable in summer clothes during the winter.

Mahendragarh: Man, named Santram, says he feels cold during summers & hot during winters, adds that he uses blankets during hot summer months & eats ice in winters. Locals in his village Deroli say he has been doing this since childhood. #Haryana pic.twitter.com/MpzttaUOsu

According to medical experts, human body generates and loses heat continuously. But during summer, it does not lose heat quickly, therefore one feels hot. In winter, however,the opposite happens and people have to bundle up to trap in their body heat and remain warm.

However, in the case of Santaram, the opposite happens. Doctors have so far failed to diagnose his unique condition, according to news agency ANI.