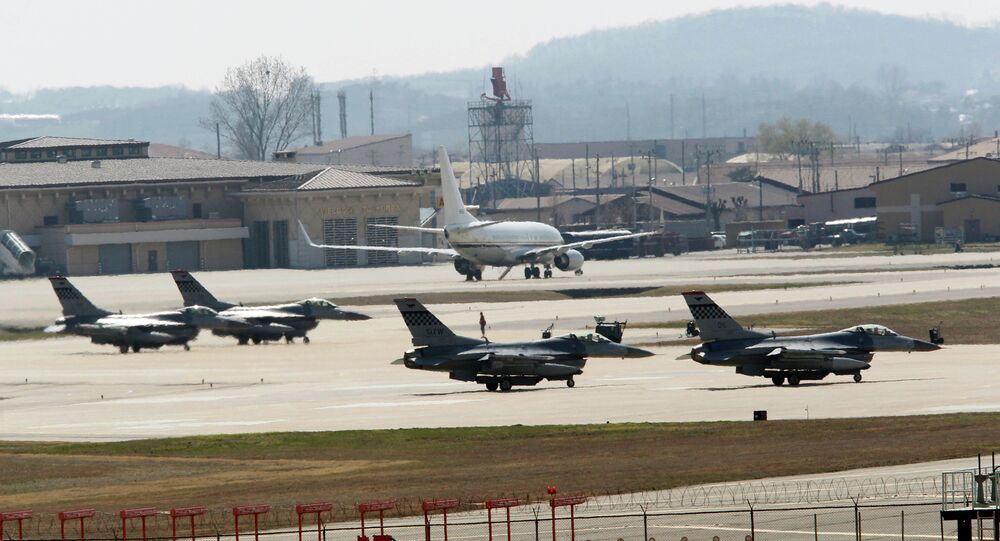 The announcement by a senior official in South Korean president Moon Jae-in's office was made in the wake of the Pentagon's announcement that the US will suspend the military exercises with South Korea after the first-ever meeting between North Korean leader Kim Jong-un and US President Donald Trump.

The senior official said that the US military contingent presence in South Korea is not the subject to negotiations between Washington and Pyongyang as it is a matter of relations between South Koreans and Americans.

Recently, Pentagon spokesperson Christopher Logan said that the US Defense Department was working with the White House on options to halt military exercises with South Korea.

On June 12 Trump and Kim met on the Singaporean island of Sentosa. Following the meeting, the leaders signed a document showing their commitment to establish new bilateral relations and build a lasting peace on the Korean Peninsula.

After the summit the Donald Trump stated, that military exercises in the region were "provocative" and might be suspended.

Pyongyang reaffirmed its commitment to the "complete denuclearization of Korean Peninsula."