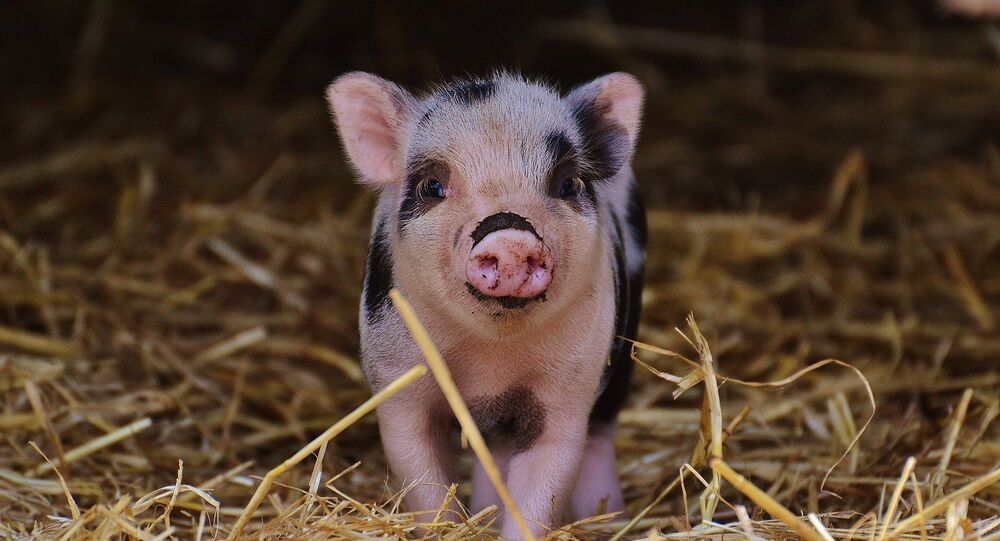 “We want to sell a pig that has run 200 kilometers instead of one that weighs 200 kilograms,” said Hu Xiaoming, president of Alibaba Cloud, a subsidiary of China’s e-commerce giant Alibaba Group on June 7.

At the Computing Conference 2018: Shanghai Summit on the same day, the company officially launched the ET Agricultural Brain, a program expected to achieve an in-depth fusion of artificial intelligence.

So far the ET Agricultural Brain has already been applied to pig breeding, as well as apple and melon farming. “We hope that AI technology could help farmers and enterprises make safer, more nutritious and profitable products,” Hu noted.

© CC0
Beware of Russian Piggies: Putin Promises to Conquer China's Pork Market Amid Trade Conflict With US
Every pig will be tagged with their breed, age, weight, food intake, frequency of exercise and immunity since birth, so that the breeder will be freed from spending time writing these records by hand.

According to Su Zhipeng, a senior researcher with Tequ Group, one of the major cooperators of Alibaba Cloud, a pig will make different sounds when eating and sleeping compared to when it’s sick. The ET Agricultural Brain can judge whether a pig is sick by analyzing acoustic features and infrared thermometry.

The livestock farms are equipped with cameras to record the pigs’ stats and track the distance, time and frequency of their movements. Pigs that fail to meet the exercise standard will be sent out to burn some extra fat.

Wang Degen, CEO of Tequ Group, said the program will not only make contributions to targeted poverty alleviation and food safety, but also save energy and reduce emissions.

Youtube / Sputnik
Swine Dive: Chinese Piglets Ride a Water Slide
China’s pigs per sow per year (PSY), an important efficiency indicator for the industry, stood at 18 last year, but this figure is over 24 in European and more advanced countries, Wang said.

The agricultural brain will improve the PSY through technology, boosting China’s industry efficiency to be on a par with that of the most advanced pig farming countries.

Unlikely Duo: Pup and Pig Playfully Duke it Out