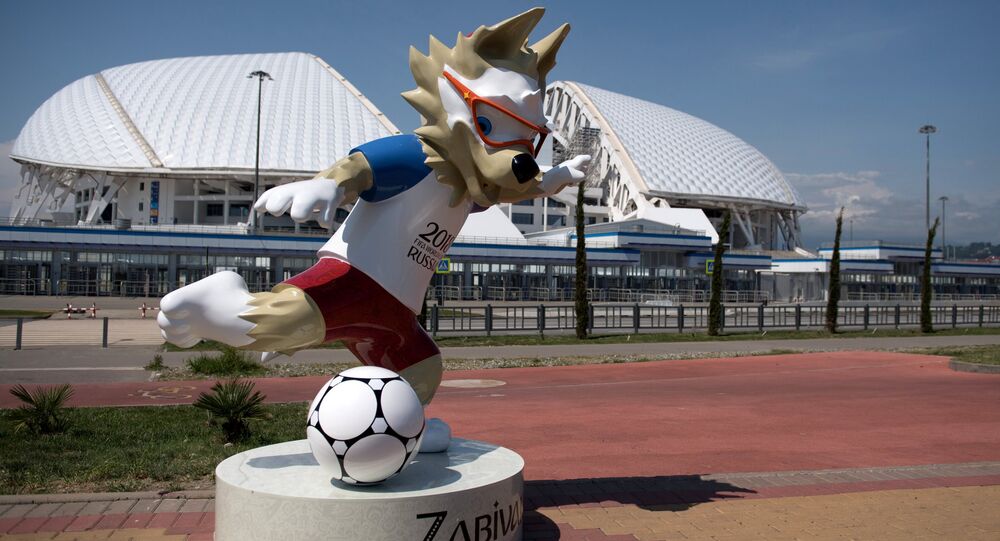 Chinese customs officials have seized huge amounts of fake FIFA World Cup products ahead of the championship soccer tournament being held in Russia.

The knockoffs have been found in port cities across China. In Shanghai, the world's busiest port, officials found more than 130,000 items that infringed upon the intellectual property rights of the International Federation of Association Football, or FIFA, the organizing body that coordinates most of the world's international football tournaments, the South China Morning Post reported Thursday.

To the south, in Zhejiang's Yiwu, over a dozen raids have netted a combined 32,000 counterfeit soccer balls, the Zhejiang Daily reported Tuesday.

Authorities in the southern port city of Guangzhou, in Guangdong Province, grabbed 4,370 different kinds of fake goods. One shipment, bound for Malaysia, bagged 4,500 jerseys with FIFA World Cup Russia and Adidas logos on them, tucked behind 30,000 plain black unlabeled jerseys, China Daily reported. Another shipment bound for Tanzania included soccer balls with fake FIFA logos on them and jerseys with Adidas and Nike symbols.

With the opportunity for massive sales to soccer fans around the world, every FIFA World Cup brings with it a fight against the manufacture and export of fake merchandise, much of which begins months before the event does. One major case busted in April saw the seizure of thousands of Russia 2018 soccer balls in Nanjing that were planned to be exported to Colombia via Shanghai, SMCP reported.

In 2014, the Daily Mail reported on the seizure of 1,020 unauthorized replicas of the FIFA World Cup trophy in Yiwu, which Germany won 1-0 in the final game against Argentina in Rio de Janeiro, Brazil.