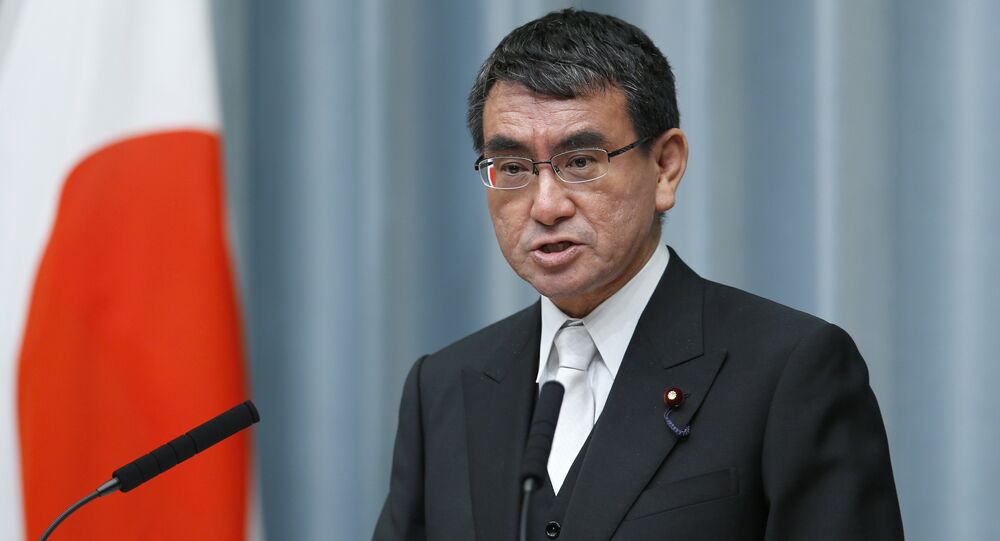 TOKYO (Sputnik) - Japan is not looking into opportunities for direct talks with North Korea after reports of arrangements being made for a summit between their two leaders this year, its foreign minister said.

"Contacts between Japan and North Korea are being made over various channels. The prime minister’s dialogue with North Korea is not a goal per se. A summit should aim to resolve a problem. At the moment, we are not considering a high-level direct dialogue," Taro Kono said.

Earlier, US President Trump held a summit with Kim Jong-un in Singapore, which resulted in signature of a final document, which included the agreement to establish new bilateral relations, as well as the decision to join efforts to "build a lasting and stable peace regime on the Korean Peninsula." Japanese Prime Minister said that Japan supports signing of the document and considers it a step towards comprehensive resolution of different issues.