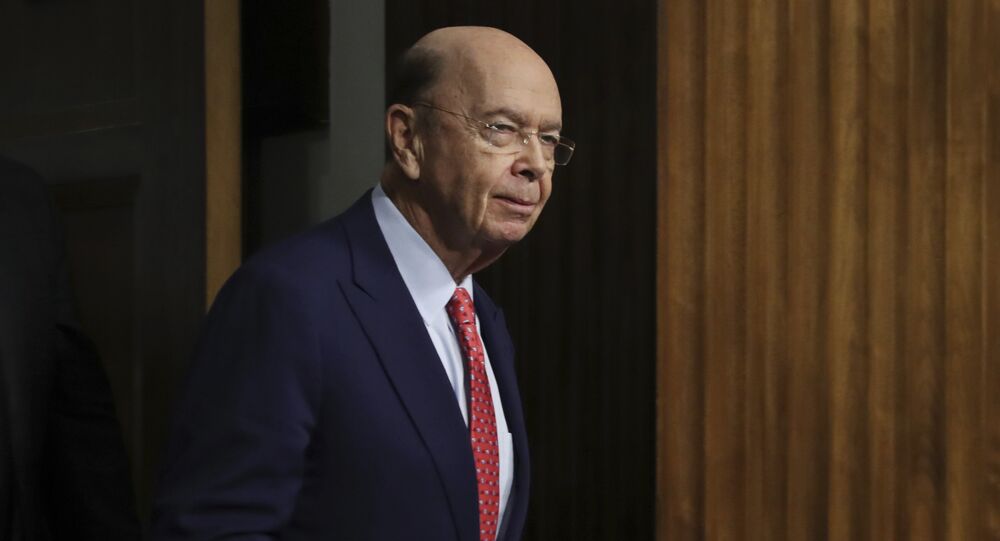 Indian Minister of Commerce Suresh Prabhu has said that an official team would be sent to the US in the next few days to work out the details and start comprehensive negotiations with US officials on all issues concerning the bilateral trade and economic relationship.

New Delhi (Sputnik): Amid rising discrepancy over bilateral trade issues, India and the United States have agreed to hold senior-level talks soon to address bilateral trade and economic irritants. This decision was taken after a series of meetings between India's Minister of Commerce Suresh Prabhu and his American counterpart Wilbur Ross and US Trade Representative (USTR) Robert Lighthizer during the former's visit to Washington from June 10 to 12.

Thanking minister @sureshpprabhu at @USIBC reception after 2 days of bilateral meetings between minister and the US administration. Congratulate him for reaching out at a time when world is locking horns on TRADE. @ficci_india pic.twitter.com/UyYo7WYzUz

"Discussions centered around bilateral trade and commercial relations between the two countries and focused on finding the way forward to address concerns of both sides. In this context, it was agreed that Indian and US officials would meet at a senior level at an early date to discuss various issues of interest to both sides and carry forward the discussions in a positive, constructive and result-oriented manner," the Indian commerce ministry said in a statement.

© REUTERS / Himanshu Sharma
India, Iran Discuss Banking Process, Rupee-Rial Trade to Withstand US Sanctions
The two countries have been engaged in a tariff war since March this year, when US President Donald Trump slapped import tariffs of 25% on steel and 10% on aluminum. After it was refused an exemption from the US tariffs, India initiated a complaint against the tariff order with the World Trade Organization (WTO). India has proposed retaliatory import duties of up to 100% to be levied from June onwards on a list of American goods such as peas, chickpeas, fresh apples, walnuts, soybean oil, refined palmolein, cocoa powder and chocolate products.

Ahead of Prabhu's visit to Washington, Donald Trump had accused New Delhi of charging a 100% tariff on some of the US' goods.

Indian IT professionals have also been feeling threatened over the decision made by the Trump administration to revoke the H4 spouse visas of H1B visa holders, which, if revoked, would impact thousands of Indian couples working in the US.

India, US Could Scrap Trade Forum Meet This Year