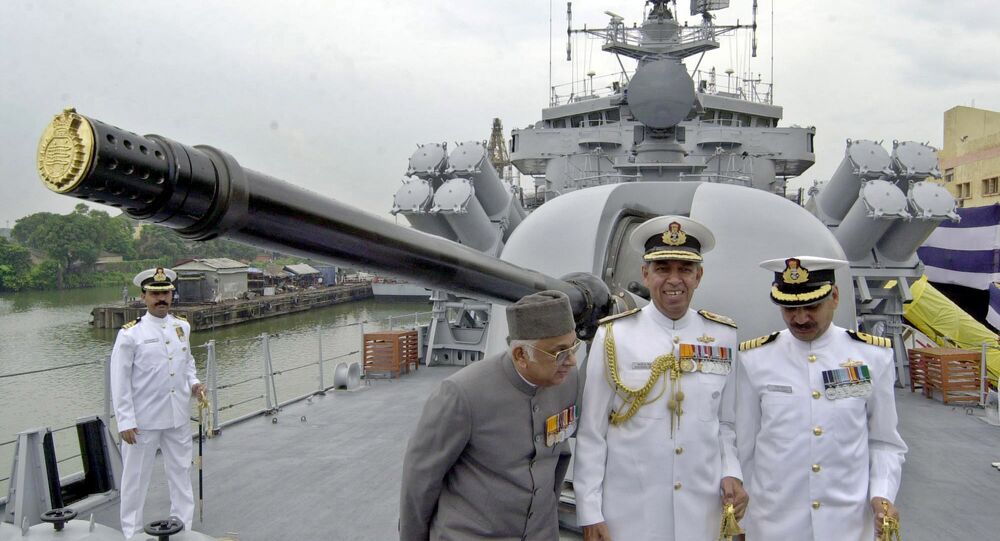 As ships from the Indian Navy traveled to Guam last week for exercises with the US Navy and Japanese Maritime Self-Defense Force, Chinese vessels shadowed and tailed the Indian ships, forcing them to take “evasive measures,” sources informed India Today.

Exercise Malabar started being held in 1992 as a bilateral drill between the American and Indian navies. In 2015, Japan started sending naval vessels to join in the exercises as well. The joint drills are intended to improve coordination between the three navies.

According to Business Insider, ships from the People's Liberation Army-Navy tracked and followed the Indians until they crossed from the Philippine Sea into the Pacific Ocean.

Indian and Chinese communications teams had a "good, polite conversation," Indian Rear Admiral Dinesh Tripathi told the Economic Times June 9. "They were there for some time and then broke off. The moment we entered the Pacific across the Philippine Sea, they went back," the admiral said.

The Chinese ships kept watch as the Indian Navy fleet transited the South China Sea before reaching Guam for the joint exercises, which run from June 7 to June 16.

"We knew we were being tailed, but we were on international waters or global commons, and therefore took evasive measures," an Indian Navy source told India Today. Tripathi brushed off surveillance by the Chinese ships as "not surprising."

Conducting the exercises near Guam may seem like a long journey from India, but Tripathi insists "distance actually does not matter. Wherever Indian maritime interests are, that is our area of operation."

The Global Times, a Chinese publication, questioned the true intentions of Exercise Malabar in a November editorial. "If the Malabar military exercise involving the US, India and Japan truly aims for security in the Indian Ocean, China should be invited," wrote Long Xingchun, director of the Center for Indian Studies at China West Normal University. Since China is heavily invested in trading across the Indian Ocean through the Maritime Silk Road, the senior researcher said, China also has a vested interest in maintaining maritime security.