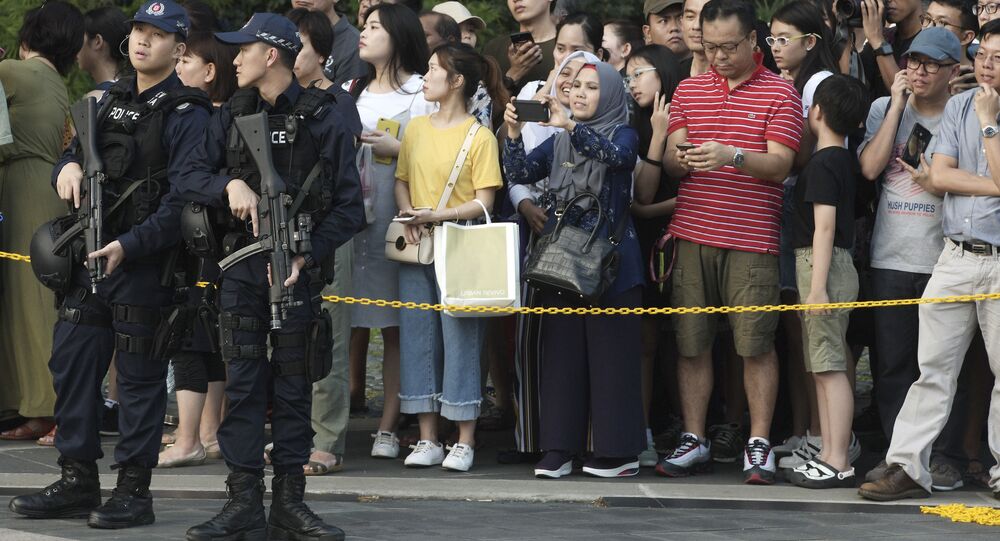 The leader of North Korea arrived in Singapore for a historic summit with Donald Trump on Tuesday. Till then, Kim Jong-un decided to take a stroll around Singapore’s tourist areas to the delight of his many fans.

As Kim Jong-un paid a visit to Singapore’s finer locations, media outlets and journalists were excited to catch a glimpse of the leader.

A video taken at the Marina Bay Sands hotel and shopping center shows the leader walking towards the SkyPark, which is a famous rooftop of the hotel.

​As Kim entered the lobby room, people cheered as though they were welcoming a rock star.

The leader was also photographed with Singapore's minister of foreign affairs in what looks like a selfie.

​According to publication Business Insider, Donald Trump, on the other hand, has not been seen outside since getting off his airplane in Singapore.