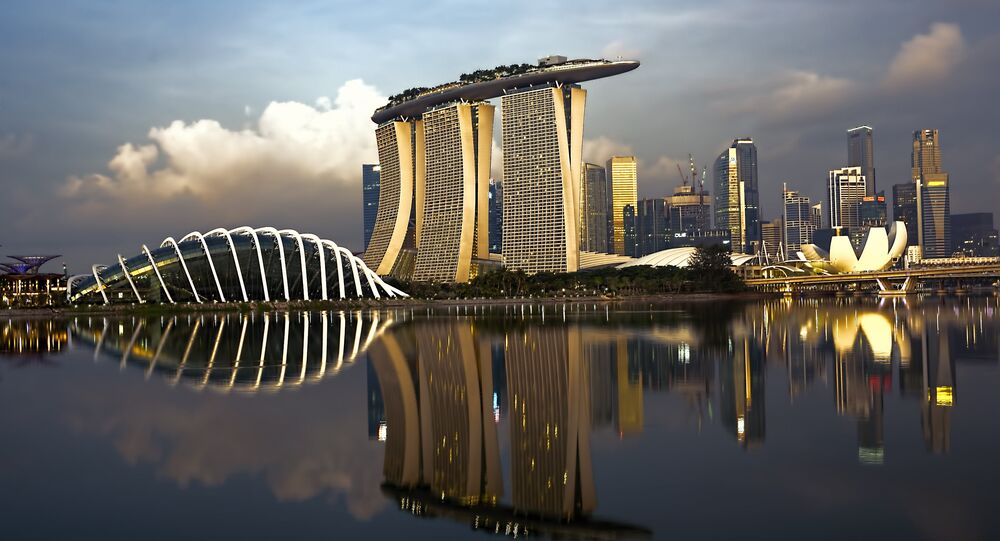 The White House said Monday that the US-North Korea talks were moving "more quickly than expected."

According to the statement, US President Donald Trump and North Korea's leader Kim Jong-un will begin talks with a one-on-one meeting, accompanied only by their interpreters.

US Secretary of State Mike Pompeo, Chief of Staff John Kelly, and National Security Advisor John Bolton will participate in the bilateral meeting, according to the White House.

Trump is expected to leave for his flight back to Washington, DC at 8:00 p.m. on Tuesday night (12:00 p.m. GMT), the release said. Before departing Singapore, Trump will participate in a media availability.

© REUTERS / Kim Kyung-Hoon
Beijing Provided Aircraft for North Korean Delegation's Flight to Singapore
This week, Singapore hosts the first-ever bilateral talks between North Korea and the United States. The historic meeting between US President Donald Trump and North Korean leader Kim Jong-un, during which the two counterparts are expected to discuss the establishment of diplomatic ties and North Korea’s denuclearization, will be held at the Capella Hotel on Singapore's Sentosa Island on Tuesday.

Upon the arrival on Sunday, both Trump and Kim met with Singaporean Foreign Minister Vivian Balakrishnan.