Fight Against Terrorism Remains Priority for Cooperation Within SCO - Putin

Russian President Vladimir Putin said Sunday at the meeting of the Shanghai Cooperation Organization (SCO) Council that the fight against terrorism remains a priority for cooperation within organization's framework.

"I would like to emphasize that the fight against terrorism remains the priority area of ​​cooperation within the SCO. The program on countering terrorism, separatism and extremism adopted today sets the benchmarks for cooperation in this field for the next three years, provides for joint exercises and counter-terrorist operations, the establishment of a closer exchange of experience and operational information," Putin said at the expanded meeting of the SCO Council.

© AP Photo / Allauddin Khan
Taliban Announces Eid Ceasefire With Afghanistan Authorities - Reports
"The situation in Afghanistan requires special attention, I agree with colleagues who have already talked about this, it is important to jointly fight the terrorist threat coming from the territory of this country, to stop the production and transit of drugs, to assist Afghanistan in national reconciliation, economic revival and stabilization," Putin emphasized.

In turn, Chinese President Xi Jinping said Sunday at the opening of the meeting of the SCO Council that the SCO has become even stronger after the accession of India and Pakistan, and it implies greater responsibility on its member states for ensuring stability, security and regional development.

Meanwhile, according to the Russian leader, the joint international efforts have allowed to advance significantly against terrorists in Syria.

"Major results in fighting against terrorism in Syria have been achieved. Coordinated efforts of Russia, the Syrian government, Iran, Turkey, and a number of other partners, including Kazakhstan, have contributed significantly to the defeat of terrorist activities in [Syria]," Putin said during the summit of the Shanghai Cooperation Organization (SCO) held in the Chinese city of Qingdao. 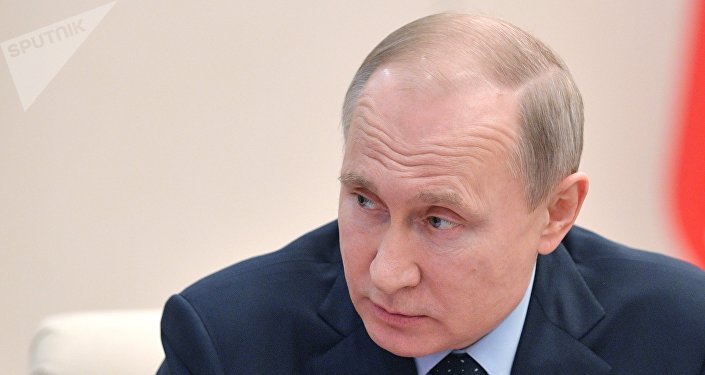 © Sputnik / Alexei Druzhinin
Putin Says Daesh Remains Global Danger Despite Military Defeat
"I would like to add that the Syrian government currently has control over the territory where 90 percent of the population live. Damascus follows the agreements reached at the National Dialogue Congress in Sochi in January," the Russian president added.

Putin also recalled that the Syrian authorities had submitted to the United Nations their list of candidates to the Constitutional Commission, which would be in charge of rewriting the Syrian constitution.

Moreover, Syrian authorities comprehensively fulfill their obligations, showing the will to the dialogue, Vladimir Putin stressed.

"The government of Syria comprehensively fulfills its obligations and showed the will to engage in a political dialogue. Now the matter depends on the opposition," Putin said, recalling that, in particular, Damascus sent proposals on the composition of the members of the constitutional committee for the preparation of the new Syrian constitution.

At the summit of the Shanghai Cooperation Organization Vladimir Putin also commented on the US exit from the Iranian Nuclear Deal, stressing that Moscow has consistently advocated the agreement's implementation and is committed to follow its obligations.

"Undoubtedly, our countries can not but worry about what is happening now around the Iranian nuclear program. US withdrawal from the Joint Comprehensive Plan of Action may destabilize the situation. Russia stands for a consistent, strict implementation of the JCPOA, and we will continue to follow all our commitments," Putin said at the expanded meeting of the SCO Council.

© AP Photo / Wong Maye-E
'Critical Gauge': Trump to Decide on Deal with Kim in Singapore - Reports
In addition, Russian Leader has noted Beijing's great contribution to the nuclear issue on the Korean Peninsula.

"The normalization of the situation in the region should further be encouraged within the SCO format. Russia welcomes the forthcoming US-North Korean summit and notes China's great contribution to the resolution of the crisis on the Korean Peninsula," Putin stated.

"The problem of the Korean Peninsula has a great influence on the security situation in the SCO region. We commend the commitment of Pyongyang, Seoul and Washington to find a comprehensive solution to the crisis through a dialogue and negotiations in line with a settlement road map proposed by Russia and China," Putin said.