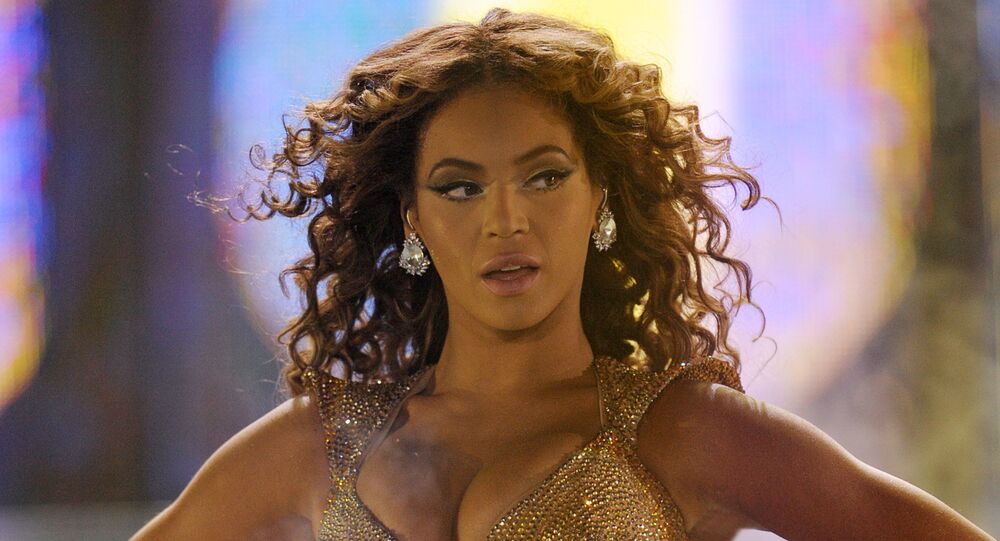 In a new documentary, 79-year-old Australian feminist Germaine Greer not only looks back on episodes from her own biography but lashes out at scantily dressed pop divas and figure skating performers, as well as targets #MeToo supporters, in a most straightforward way.

Beyonce, well-known for her glamorous on-stage looks and revealing outfits, has come under particularly fierce criticism, notably expressed in strong abusive language, which Greer is notoriously known for:

"Umm, why has she always got to be f***ing naked and have her t**s hanging out? Why?" she was quoted by The Sun as saying.

TFW your feminist hero, Germaine Greer, calls for punishment for rape to be reduced, but you’re stuck with her because she’s the arch transphobe. pic.twitter.com/ev2b2i0Xi3

She went on to express her bewilderment at the fact that a sexual display has become "part of the job":

"I might as well ask that question to a barmaid who says she doesn’t get any tips if she doesn’t show cleavage,” Greer rounded off.

Germaine Greer, the author of a bestselling book on feminism, "The Female Eunuch," shifted her attention to athletes wearing tight-fitting clothes, like Jessica Ennis-Hill, and female figure skaters who are "virtually naked" as opposed to their full-clad male partners. Most naturally, the aforementioned detail was deemed as a sign of inequality, "not submission," as most people, according to Greer, would put it.

It's been quite clear to me for some time now that Germaine Greer doesn't actually like women. And that would include herself.

In a BBC2 documentary Greer looks back at her life and creative work, reflecting upon archival pictures, some of which notably showcase her nude body. Also, she has blasted #MeToo movement supporters as "b*****ks," separately targeting those who attended the Golden Globes ceremony this year all donning black in solidarity.

She is notably no stranger to controversy. She recently made a number of provocative statements, causing public outrage, for instance, saying rape is an example of "bad sex." Speaking at the 2018 Hay literary festival, Greer drew a storm of criticism by calling for more lenient sentences for rapists.

Greer is currently preparing for the publication of her latest book, "On Rape" — with a series of troubling observations on the #MeToo movement and sexual "non-violence."

Twitter on Fire as Beyonce Buys Her Very Own Church