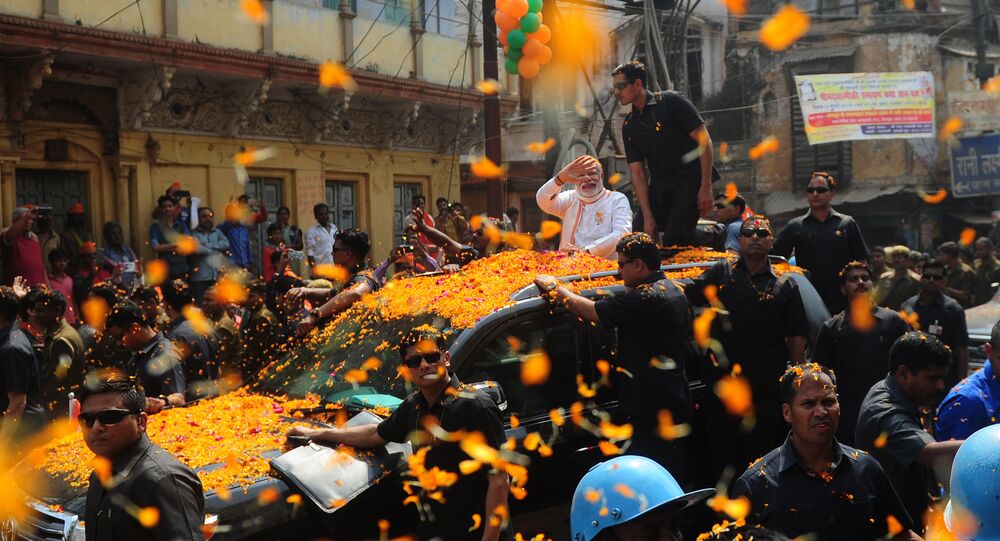 A letter discussing a plan to orchestrate a murder resembling a "Rajiv Gandhi-type incident," dated April 18, 2017, was found at the home of Delhi-based activist Rona Wilson, the police claimed.

The police have arrested a group of people accused of having ties with Maoists. Law enforcers say that the letter refers to 80 million rupees (more than $1.1 million) needed for the purchase of M4 rifles (an American automatic carbine) and ammunition.

"We are thinking along the lines of another Rajiv Gandhi-type incident. It sounds suicidal and there is a good chance we might fail but we feel the party must deliberate over our proposal. Targeting his road shows could be an effective strategy," the letter reads.

The police presented the letter to the court of Pune.

"We are always concerned about our PM's security. Maoists are just fighting a losing battle," Home Minister Rajnath Singh stated.

The letter seized from a suspected Maoist has turned out to correspond with threats sent to local officials.

Rajiv Gandhi, a well-known politician and native of the political clan of Nehru-Gandhi, who was India's prime minister from 1984-1989, was killed in May 1991 during his election campaign.

During a rally in the city of Sriperumbudur, a suicide bomber from the "Liberation Tigers of Tamil Eelam" group approached Gandhi and detonated a powerful explosive. Rajiv Gandhi, the terrorist and 25 others died.

Maoists, who are called Naxalites in India, have been operating in the country since the 1960s. They propagate their own version of Maoism and Marxism-Leninism and currently control a number of districts in 14 of the 29 states of India. The Naxalites have declared that they intend to liberate the poor peasantry from capitalist oppression and often enjoy the support of the local population.