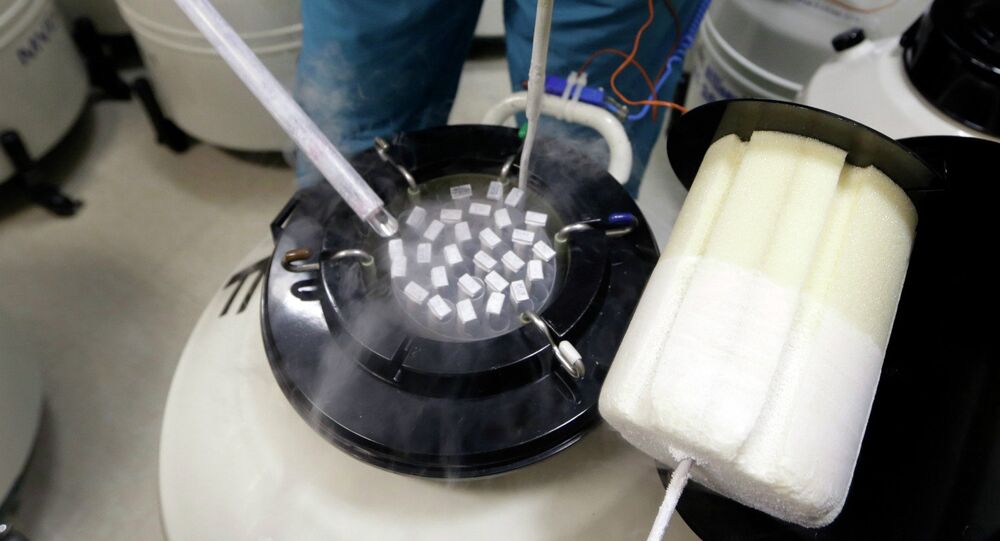 A sperm bank at a Shanghai university rejects would-be donors who are overweight or suffer from hair loss.

Posting a list of requirements for donors, the human sperm bank said that potential donors should not suffer from apparent hair loss or overweight. They must have lived for more than a year in Shanghai.

© AFP 2021 / MARK RALSTON
The Five-Finger Plan: Chinese Sperm Bank Wants Only Communist Donors
Zhang Feng, who's in charge of the sperm bank, compared chromosomes to corn. He told thepaper.cn that if some corn kernels are distorted or broken, the bad gene will be passed on to the next generation, and would causes birth defects.

The human sperm bank will also be the first in China to use genomic screening techniques. Genomic screening can prevent diseases from being passed on to the next generation, said Xu Congjian, director of a Fudan University-affiliated maternity hospital.