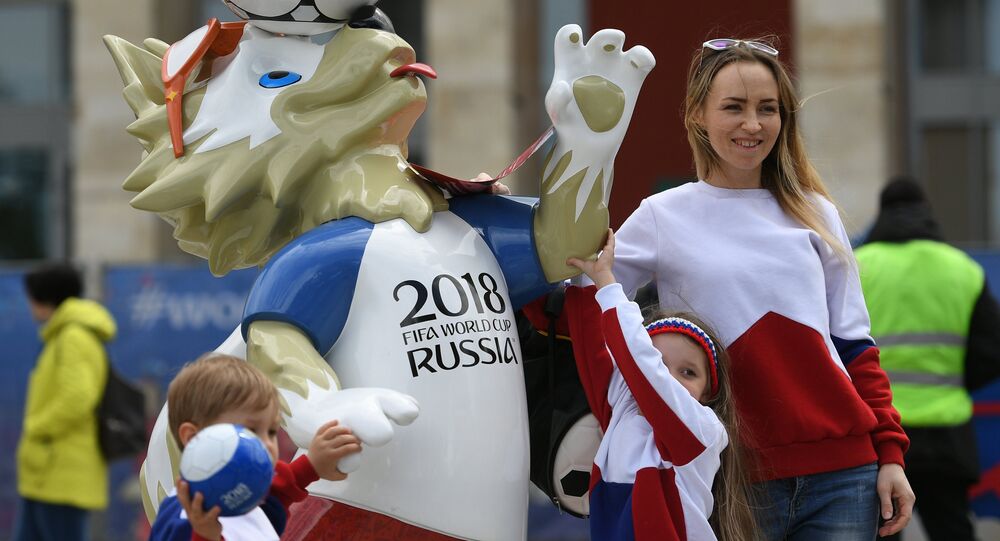 Some 100,000 Chinese soccer fans plan to visit Russia for the 2018 World Cup and women are showing greater enthusiasm than men, Chinese travel agents told the Global Times on Tuesday.

After all, China had not qualified for the tournament, Tsurkan said.

According to Ctrip, a fan from South China's Fujian Province, paid 850,000 yuan ($132,700) to go watch one game. Some fans chose to live in neighboring countries like Poland and Latvia and take planes back and forth from Russia.

© AP Photo / Kirsty Wigglesworth
Six UK Policemen to Work in Russia During 2018 FIFA World Cup - Moscow
Women account for 57 percent of World Cup ticket buyers on their platform, according to Ctrip. Compared to the previous tournaments in Brazil and South Africa, the 2018 Russia World Cup has a closer geographical appeal to Chinese soccer fans.

"Unlike previous World Cup tournaments held in southern hemisphere countries, Russia is close to China and so the price is relatively cheap," Xiao Ba, a Chinese soccer fan, told the Global Times.

Even Wolf Zabivaka, the official mascot of the World Cup, was made in China.