BEIJING (Sputnik) - Russian President Vladimir Putin called the decision of US President Donald Trump to meet with the North Korean leader a wise decision and expressed hope that the meeting will have a positive result.

"US President Trump took a strong and mature decision to enter into direct dialogue with North Korean leader Kim Jong Un, and I hope that this meeting will take place, and all of us expect positive results," Putin suggested in an interview with the China Media Group, published on its website.

However, North Korea's steps on easing tensions on the Korean Peninsula were unexpected, but the security guarantees were yet unclear, Russian President Vladimir Putin said. 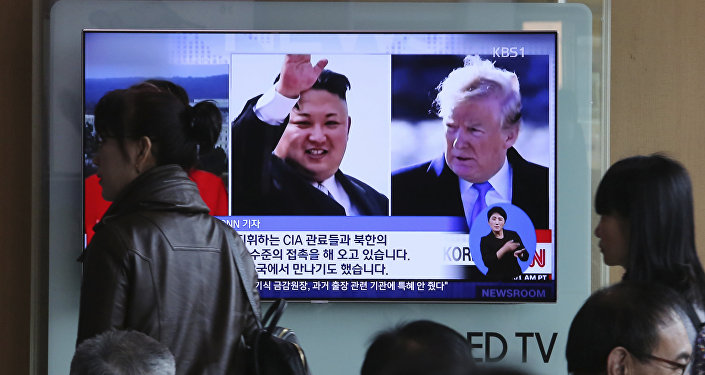 Vladimir Putin also noted that he understood the North Korean leadership's security assurances, but their nature was not clear.

"I can understand the North Korean leadership when it says about absolute security guarantees for a full denuclearization… It is difficult to say now what kind of guarantees might it be, as well as the terms of their implementation," Putin added.

Russian President is set to visit China on June 8-10. During his visit he is expected to hold talks with Chinese leader Xi Jinping and take part in the summit of the leaders of the Shanghai Cooperation Organisation member states.