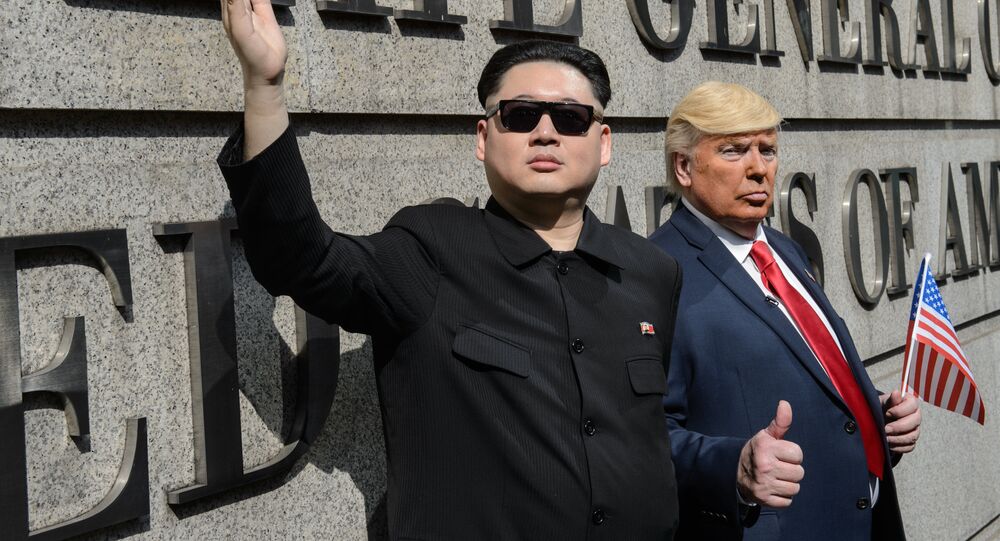 Unconfirmed information earlier surfaced in newspapers that paying for the North Korean leader's suite in Singapore during the summit might be unbearable for the DPRK's economy.

The International Campaign to Abolish Nuclear Weapons (ICAN) offered Pyongyang to pay for its delegation's stay in Singapore during the US-DPRK summit on denuclearization. ICAN plans to use money received when it won the Nobel Peace Prize last year for this purpose.

"The Nobel Peace Prize included a cash prize and we are offering funds from the prize to cover the costs for the summit, in order to support peace in the Korean Peninsula and a nuclear-weapon-free world," ICAN official Akira Kawasaki said in a telephone interview with Reuters.

According to him, the summit will be a historic opportunity and ICAN can't miss the chance to support a nuclear-free world.

The Washington Post earlier published an article suggesting that North Korea allegedly wants another country to pay for Kim Jong-un's stay in the luxurious Fullerton Hotel, where the price for a suite can reach $6,000 per night. The newspaper pointed out that the US and Singapore still had still not figured out who should pay the bill in order to not offend the North Korean leader.

READ MORE: Who Will Pay for Kim Jong-un's Hotel Room During US-DPRK Summit?

Trump had cancelled the US-DPRK summit that was supposed to take place at the end of May, but on June 1 he announced that it had been rescheduled for June 12. The two countries plan to discuss the denuclearization of the Korean Peninsula.

Ready to Make History: North and South Korea Put Summit Back on Track