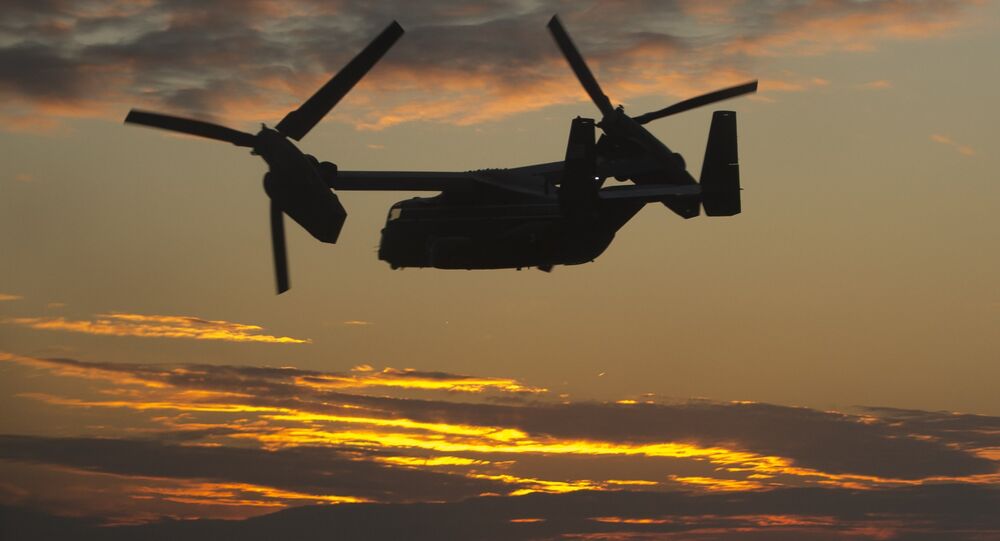 TOKYO (Sputnik) - Two US Osprey tiltrotor military aircraft have had to make an emergency landing at Amami airport in the Japanese prefecture of Kagoshima, the Kyodo news agency reported on Monday, citing the Japanese Defense Ministry.

According to the outlet, the aircraft landed at about 3 p.m. local time (06:00 GMT) one after the other. Nobody was injured, and civilian flight schedules were not affected, the media outlet added.

The landing was just the latest in a series of incidents involving Osprey aircraft in recent years, prompting Japanese officials to call for the revision of certain provisions of the US-Japan Status of Forces Agreement (SOFA), which outlines the rights and privileges of foreign military personnel present in the country.

In February 2017, the Okinawa branch of the Naha District Court ordered the Japanese government to pay compensation to local residents for the loud noise produced by Ospreys. Plaintiffs specifically sought compensation for disruptions caused by the aircraft, which, according to them, interfered with daily life and harmed their mental health. At the same time, the court rejected the plaintiffs' demand to ban flights of Osprey aircraft in the area.

© AFP 2021 / KAREN BLEIER
Southwest Jet Makes Emergency Landing Due to Cracked Window (PHOTOS)
In August 2017, a US Marine Corps Osprey crashed off the coast of Australia while trying to land on the USS Green Bay. Following search and rescue efforts, three missing marines from the crew of 26 were declared dead. Twenty-four days later, another Osprey aircraft made an emergency landing at an airport in Japan's southwestern Oita prefecture.

In February of this year, an Osprey dropped a 30-pound engine intake cowling while flying over the sea near Okinawa. The most recent incident took place in April when two Ospreys deployed to the US Marine Corps Air Station Futenma on the island of Okinawa made an emergency landing at Amami.

Emergency Landing: I Will Kiss Ground if We Survive