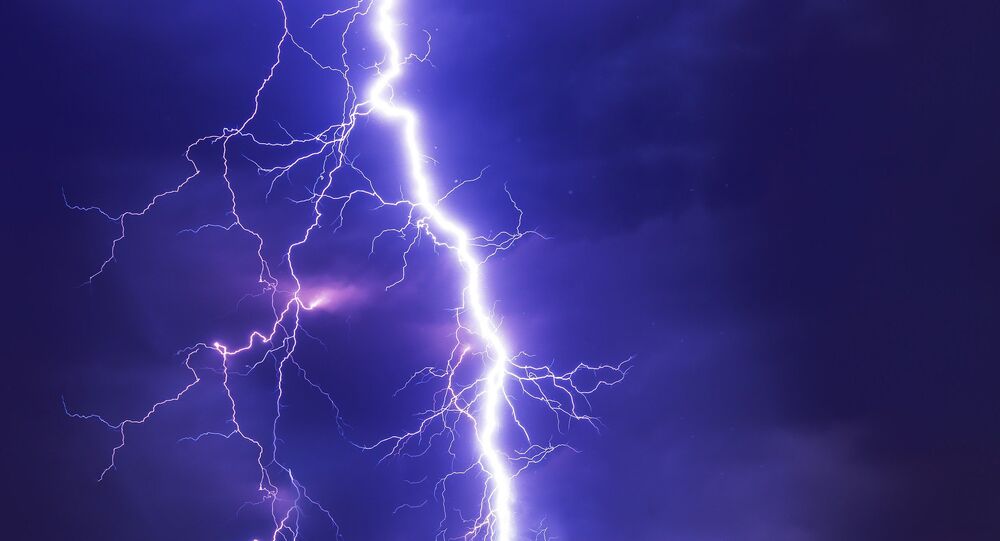 After a brief lull, heavy rains accompanied by thunderstorms and lightning returned to India’s eastern states on Monday, claiming 40 lives as buildings collapsed and trees and electricity poles uprooted and fell on people. The administration has scrambled its emergency relief mechanism to rescue the injured and contain further damage.

New Delhi (Sputnik): At least 40 people have died and scores of others have been injured in thunderstorms and lightning in eastern India, disaster management officials said Tuesday. The worst affected are the states of Jharkhand, Uttar Pradesh, and Bihar. All the deaths have been reported in the last 24 hours after heavy rains accompanied by thunderstorms and gusty winds lashed these parts of the country.

"While 19 people died in Bihar, including in Gaya, Munger, and Nawada districts, 12 others were killed in neighboring Jharkhand, and 11 in Uttar Pradesh. Some 28 people also sustained injuries in lightning and thunderstorm-related incidents in Jharkhand," an official told the media.

© CC BY 2.0 / meg and rahul / Indian Ambulance
Nineteen Dead after Truck Overturns in West India – Reports
Most of the deaths were caused by collapsing buildings and trees. Meanwhile, the Indian Meteorological Department (IMD) has announced the arrival of southwest monsoon three days ahead of schedule. The onset of monsoon over the southern states marks the commencement of the four-month-long rainy season in the country which is the lifeline of the country's agriculture sector.

#Thunderstorm accompanied with Rain/Squall/Hailstone is likely to occur today during next 3 hours over some areas in Hardoi, Sitapur, Farrukhabad districts & adjoining areas: Meteorological Department

The IMD has also warned fishermen from venturing out to sea till May 30, owing to the presence of a strengthened low-pressure area over the Arabian Sea.

Cyclone Ockhi Approaches Western India after Killing 25 in the South