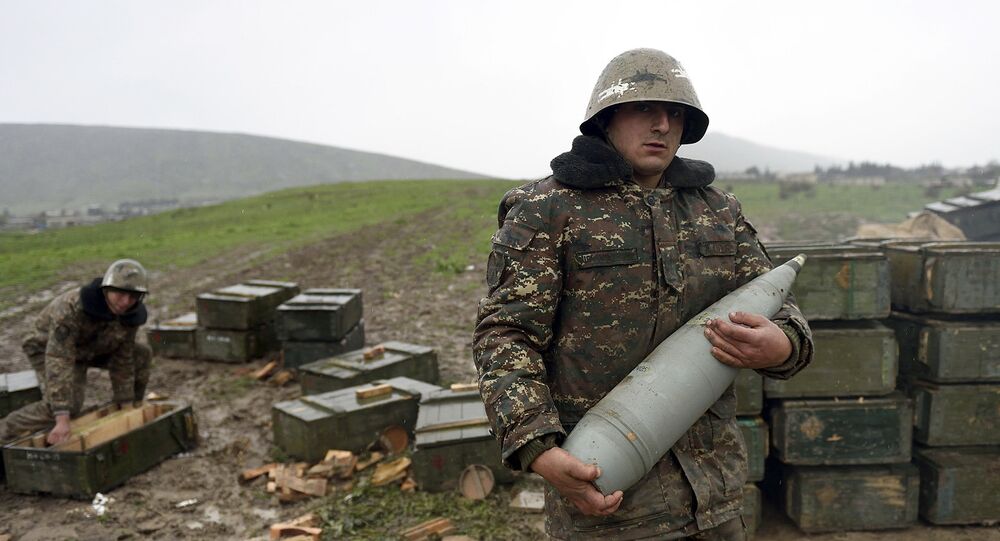 BAKU (Sputnik) - The Nagorno-Karabakh conflict between Azerbaijan and Armenia can be resolved only if Azerbaijan’s territorial integrity is restored, Azerbaijani President Ilham Aliyev said Saturday.

"The settlement of the Nagorno-Karabakh conflict is the major issue of our foreign policy … The international community recognizes Nagorno-Karabakh an integral part of Azerbaijan. There are four UN Security Council resolutions on the matter, which create a legal basis for conflict settlement. The conflict must be settled only within Azerbaijan’s territorial integrity," Aliev stated.

© Sputnik / Asatur Yesayants
Candidate for Armenian PM Says Ready for Talks With Baku on Nagorno-Karabakh
The conflict in Armenian-dominated Nagorno-Karabakh started in 1988 with the autonomous region announcing its secession from the Azerbaijan Soviet Socialist Republic. In 1991, the Armenia-backed region proclaimed independence from Azerbaijan and the creation of the Nagorno-Karabakh Republic. This move triggered a military conflict, which led to Baku losing control over the region.

In 1994, the warring sides agreed to a cessation of hostilities. However, the violence escalated again in 2016, leading to multiple casualties on both sides. The sides soon reached a ceasefire but clashes continued.

The situation in the region is monitored by the Organization for Security and Co-operation in Europe (OSCE) Minsk Group chaired by Russia, the United States and France, within the framework of which negotiations on peace settlement has been conducted since 1992.