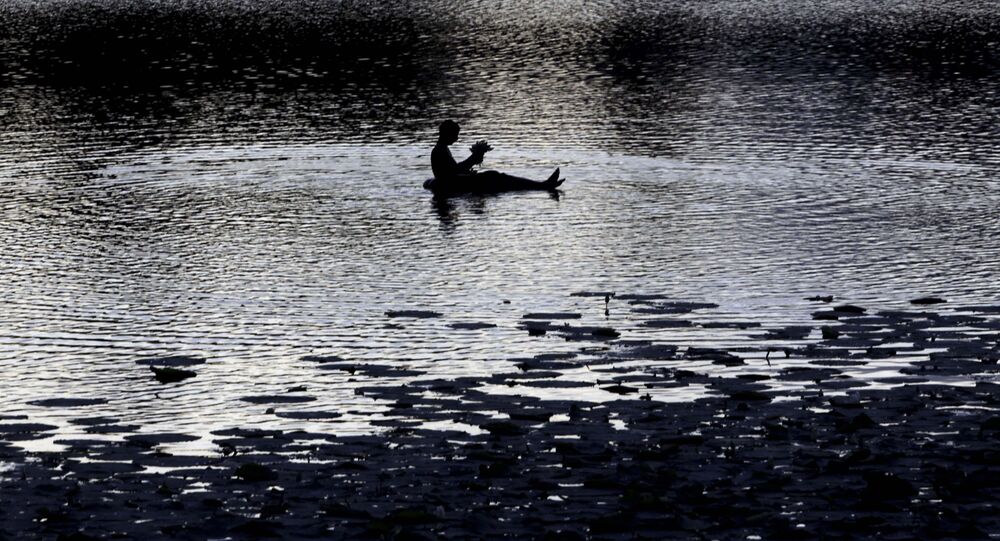 The police in the city of Rajasmand in western India have recovered the bodies of three men, who allegedly stopped by a deep pool to bathe but eventually drowned. A video of the horrific event was captured on the camera phone of one of the victims.

New Delhi (Sputnik) — A chilling video of three men drowning in a pool surfaced in India's western state of Rajasthan and has gone viral on social media platforms and video sharing apps.

According to the police in Rajasmand, where the pool is located, three youths identified as Chetan, Sudarshan and Radheshyam, all in their twenties, went out on a bike ride and stopped by a body of water to rest and bathe, not aware of the pool's depth.

When one of them started drowning, the other two attempted to save him only to disappear inside the pool as well. The horrific incident was captured on camera by none other than one of the victim's mobile phones.

At Least 18 Dead in Road Accident in Northwestern India – Police