Stocks of a Chinese drug company that produces an active ingredient in Viagra soared after the company released a report claiming one in five Chinese men suffer from erectile dysfunction.

Hebei Changshan Biochemical Pharmaceutical Co. Ltd (Changshan Biochemical) said on Tuesday that its subsidiary company in East China's Jiangsu Province has received a license to produce sildenafil citrate. The company added in the report that around 140 million Chinese men suffer from erectile dysfunction, which is roughly 20 percent of China's male population.

The report immediately sent shockwaves across the Chinese internet. Shares of Changshan Biochemical rose to its maximum daily limit of 10 percent on the Shenzhen Stock Exchange on Wednesday after the company's claim.

© CC0
From the Inventor of Viagra: New Molecule Promise of 'Irresistible' Cold Cure
After receiving a letter of inquiry from the Shenzhen Stock Exchange, Changshan Biochemical released an immediate update on Wednesday, claiming its data came from a report from Guosen Securities in 2014. It said the company did not inquire about the method by which the data was obtained and did not verify the data.

The Guosen report's author, Du Zuoyuan, admitted to the Securities Times that the data came from Wang Xiaofeng, a urologist from Peking University People's Hospital, who said in 2010 at a forum that the overall morbidity rate for erectile dysfunction among Chinese mainland males was 26.1 percent, and the rate for males above 40 years of age was 40.2 percent. 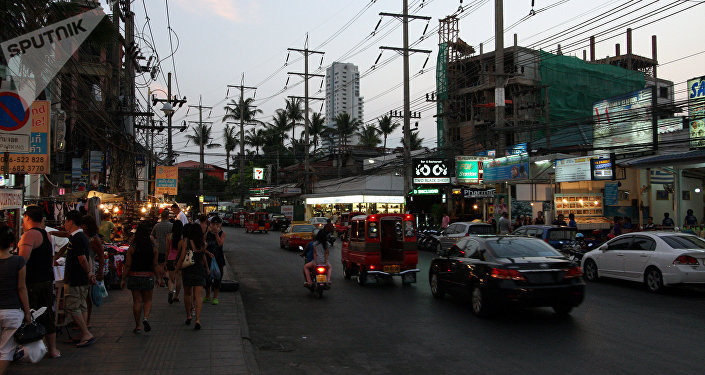 © Sputnik / Vitaliy Ankov
Viagra Overdosed US Tourist Runs Around Airport Naked Throwing Faeces (VIDEO)
Wang could not be reached for comment by the Global Times as of press time.

Pan Suiming, a sexologist from the Renmin University of China, dismissed the data in an interview with Wuhan Evening News. Pan said details on how the data was generated are needed to determine the data's reliability.