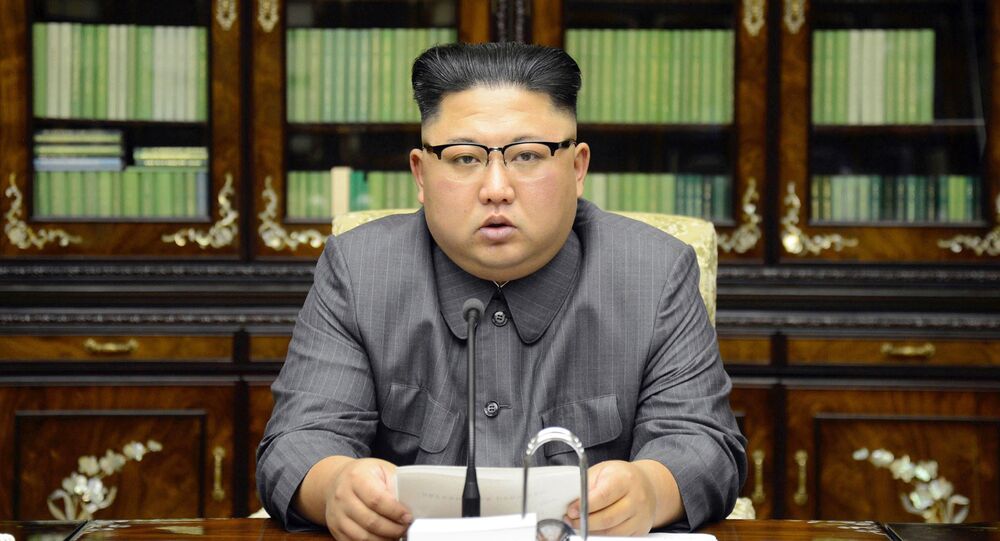 Following US President Donald Trump's Thursday announcement to scrap the US-North Korean talks, Pyongyang has stated that the decision was not in line with the world's wishes and that it still wants to resolve its issues with the US.

The statement, made by North Korean Vice Foreign Minister Kim Kye Gwan and released via the Korean Central News Agency, added that North Korean leader Kim Jong Un made the utmost effort to hold talks with Trump and that North Korea is willing to speak with the US at any time, Yonhap News reported. The vice foreign minister stressed that a summit with the US is necessary to resolve "grave hostile relations."

"We had set in high regards President Trump's efforts, unprecedented by any other president, to create a historic North Korea-US summit," Kim's statement reads. "We tell the United States once more that we are open to resolving problems at any time in any way."

The official went on to add that cancelling the upcoming talks demonstrates the lingering animosity between the North Korea and the US.

"Our commitment to doing our best for the sake of peace and stability for the world and the Korean Peninsula remains unchanged, and we are open-minded in giving time and opportunity to the US," Kim said. "The abrupt announcement of the cancellation of the meeting is unexpected for us and we cannot but find it extremely regrettable."

Early Thursday, Trump released via Twitter a letter addressed to his North Korea counterpart, stating that Pyongyang's leadership's "tremendous anger and open hostility" was to blame for his decision to call off the talks, which were scheduled to take place in Singapore on June 12.

"You talk about your nuclear capabilities, but ours are so massive and powerful that I pray to God they will never have to be used," the letter reads. "I felt a wonderful dialogue was building up between you and me, and ultimately, it is only that dialogue that matters. Some day, I look very much forward to meeting you."

Blindsided by Trump's decision, Kim Eui Kyeom, a spokesperson for South Korea's presidential Blue House, released a statement shortly after the US announcement, saying, "we are attempting to make sense of what, precisely, President Trump means."

Reports from Washington following the announcement suggested that a "trail of broken promises" was what ultimately led to the much-anticipated summit's demise, according to an anonymous White House official.

"They waited and they waited," the official said, Reuters reported, referring to a preparatory meeting that was to be held in Singapore. "The North Koreans never showed up. The North Koreans did not tell us anything — they simply stood us up."

Aside from ditching the meeting, other "broken promises" included its failure to allow international observers to verify the dismantling of its nuclear test site.

In response to US Vice President Mike Pence's remarks earlier this week that North Korea may end up like Libya "if Kim Jong Un doesn't make a deal," Choe Son Hui, a North Korean vice minister of Foreign Affairs, called Pence "ignorant and stupid" in a statement released by KCNA earlier on Thursday in North Korea — another potential reason for the abrupt cancellation, observers have noted.