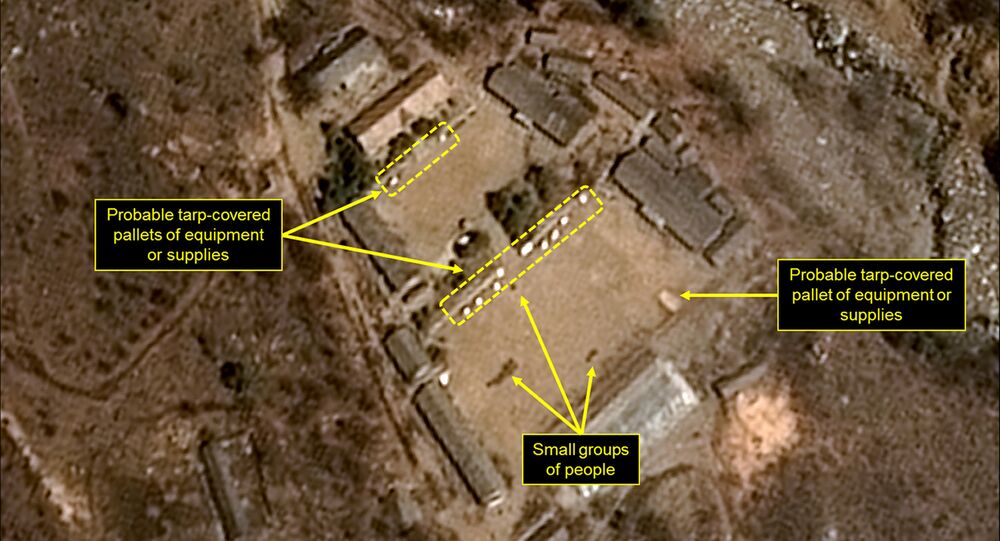 "We regret the fact that South Korean journalists were unable to take off because of the lack of actions on part of North Korea although North Korea had invited journalists from South Korea to cover the dismantlement of Punggye-ri nuclear test site between May 23 and May 25," the ministry said in a statement.

Earlier in the day, foreign journalists who flew out to North Korea noticed that the South Korean reporters had not boarded the plane. Journalists from China, Russia, South Korea, the United Kingdom and the United States were expected to cover the event, but Pyongyang earlier on Tuesday refused to approve a list of South Korean journalists.

© REUTERS / KCNA
North Korea Again Rejects Seoul’s List of Reporters to Cover Nuke Site Shutdown
In April, a congress of the Central Committee of the Workers' Party of North Korea ruled that Pyongyang should halt all nuclear tests and intercontinental ballistic missiles launches and close its nuclear testing site in the country's north.

The ongoing rapprochement between Pyongyang and Seoul was put at risk, when on May 11, the United States and South Korea launched a two-week annual air combat regional exercise. Last Tuesday, North Korea decided to cancel ministerial level talks with Seoul over the drills.