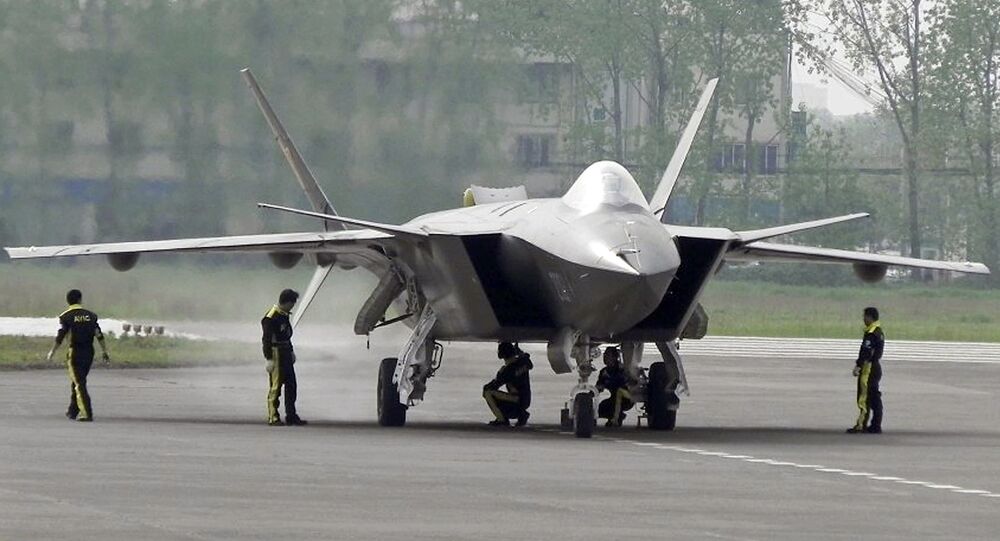 Over the weekend, Wang Mingliang, a military scholar with the China National Defense University said to expect Beijing's Chengdu J-20 jets to conduct patrols in Taiwanese airspace in the future and that Taipei has few means to deter the tightening noose of military patrols around and above the island.

Speaking to CCTV on a program regarding Taiwan, the official said Taiwan's F-16s and Dassault Mirage 2000s, aircraft that form the backbone of Taiwan's air defense, would not be able to counter the force of the stealth jets, the Asia Times reported.

China's stealth fighters could conduct patrols "close to or above" Taiwan, the official declared. "J-20s can come and go at will above Taiwan."

The scholar went on to add that Taiwanese military elites know very little about China's stealth fighters, but are concerned that they could be used for "precision strikes on the leadership or key targets," according to the publication.

These comments come weeks after the People's Liberation Army Air Force spokesperson Shen Jinke confirmed that the aircraft had successfully completed its combat training at sea.

The stealth aircraft was first revealed to the public in late 2016 before being adopted into the service in September 2017. Currently, the Chinese air force has roughly 28 J-20s, which include eight prototypes.

Prior to the comments made on the program, the Taiwanese military announced in early May that it would be deploying mobile passive radar systems after rumors surfaced that China was planning to send J-20 fighters to patrol Taiwan.

Taiwan's systems, engineered by the National Chung-Shan Institute of Science and Technology, are set to be deployed for field testing later this year, with full-scale production expected to take place in 2020, the Taiwan News reported.

"The military must plan for and deploy counter-measures to preempt [the breaches of Taiwan's airspace by more advanced Chinese stealth warplanes]," a Taiwanese Defense Ministry official told the Liberty Times.

Taiwan's new systems would be able to detect, track and lock onto targets at long range, the Asia Times reported.

New Defense Bill Seeks $7.5 Billion for Taiwan, US to ‘Push Back on China’