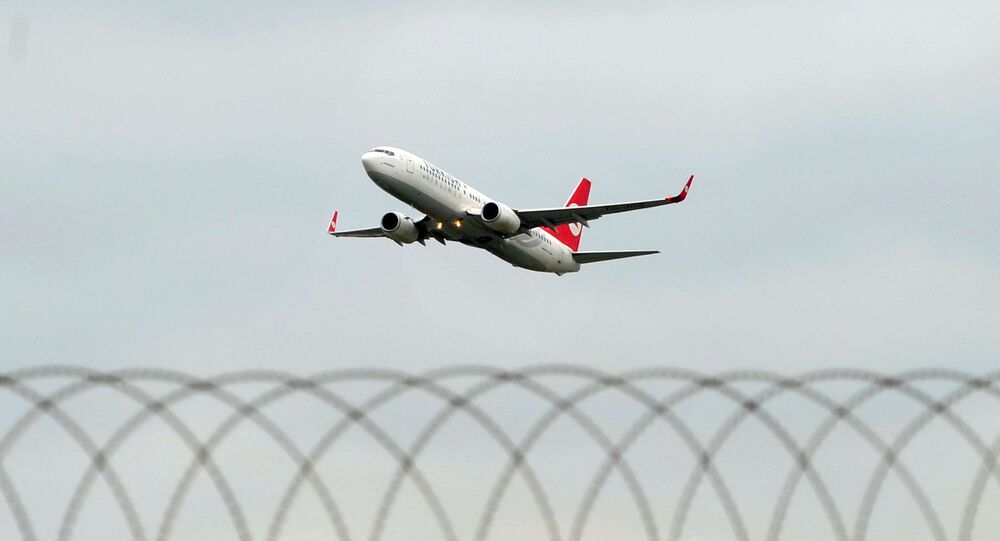 The 58-year-old man allegedly sat behind a female co-passenger and masturbated in full sight aboard a Turkish Airlines flight that had taken off from Istanbul. He was arrested soon after the flight landed at the Delhi airport, but police refused to disclose his name unless the allegations were ascertained.

New Delhi (Sputnik) — A Russian national of Indian origin was arrested at Delhi airport on Monday after a co-passenger made a distress call to the Delhi Police on arrival at the Indira Gandhi International (IGI) Airport. The complainant alleged that the man masturbated in front of her aboard the Delhi-bound flight from Istanbul. While the flight was mid-air, she registered a complaint with the cabin crew, who asked the accused to take another seat, away from the complainant.

© CC0
Mid-Air Nightmare: Molestation of Teenage Star During Flight Sparks Bollywood Outrage
Personnel of the Central Indian Security Force (CISF) reached the tarmac at terminal III of IGI on the arrival of the Turkish Airlines flight TK-716 before its landing and took the person in control and handed him over to the Delhi Police for further investigation.

The person was booked under Section 509 of the Indian Penal Code, which is pressed against a person for engaging in verbal and physical gestures and actions intended to outrage the modesty of a woman. In this case, when the woman complained to the cabin crew, the male passenger was shifted to another seat, according to the airport security.