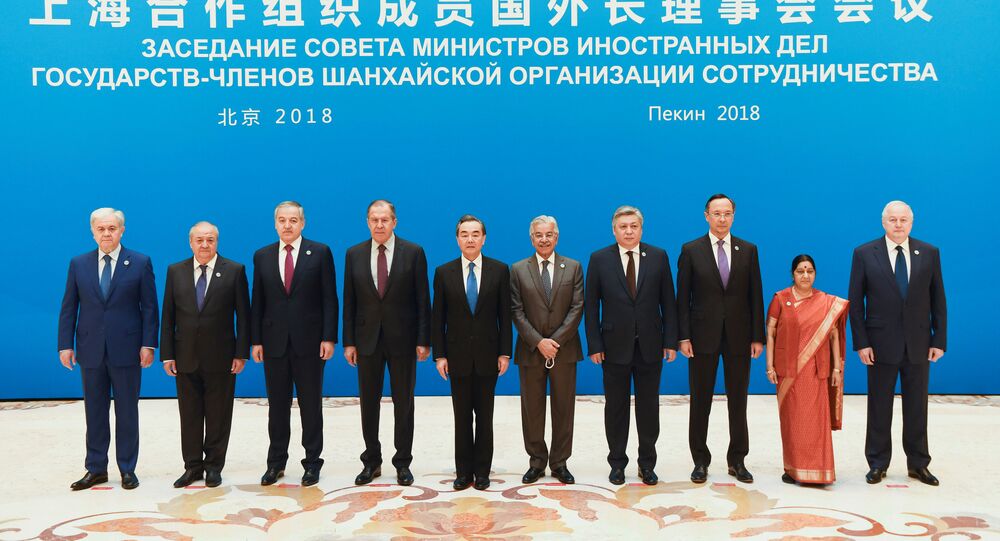 In a keynote speech at the gathering, Luo Shugang, China's minister of culture and tourism, expressed the goodwill of the Chinese government and people in seeking to build a shared community with other countries. He spoke highly of the cultural ministers meeting mechanism of SCO member states in promoting regional cultural cooperation and mutual understanding of the people.

© Sputnik / Vladimir Rodionov
Meeting of SCO Foreign Ministers' Council Kicks Off in Beijing
He said China will continue to deepen exchanges and cooperation to enhance understanding and friendship with SCO member states, based on principles of mutual respect and mutual benefits, to provide ethical and cultural support for the healthy and sustainable development of the organization.

All participants agreed that cultural cooperation between SCO member states made remarkable progress in the past year, and reports presented at the meeting about diversified exchanges and cooperation clearly showed that bilateral and multilateral cooperation is growing deeper and wider.

The two-day meeting concluded on Thursday with the issuance of the 2018-20 Executive Plan. The representatives also joined in a news release welcoming India and Pakistan into the SCO and encouraging more direct contacts and practical exchanges of cultural organizations within SCO member states, as well as joint creation of cultural products and works.

"India has a long history of cultural exchanges with China and other SCO member states," said Mahesh Sharma, India's minister of culture. "Joining the SCO has provided a new platform, greater space and opportunities for exchanges and cooperation."

"Culture brings people together. It is a binding force in the development of peaceful coexistence for humanity. It will be a win-win situation for China and India — both of which have a rich and diversified culture — to further explore and develop wider cultural exchanges and cooperation that could include tourism, education, science, archaeology, music, drama and even yoga."

At a welcome dinner on Tuesday, Shen Xiaoming, the governor of Hainan, said SCO member states are important tourist resources for the province, which is developing an international tourism and consumption center under the new development strategy laid down by the central government.